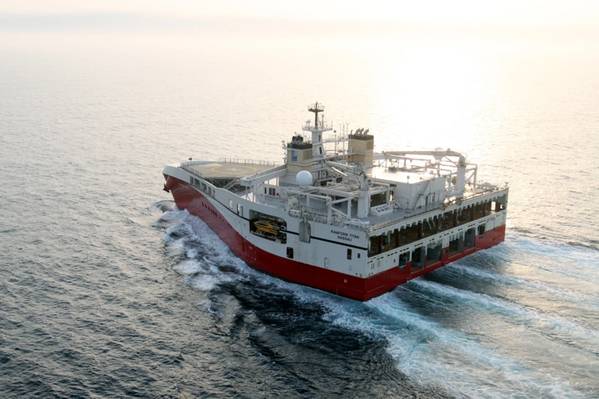 Norwegian marine seismic survey company PGS said Monday it had won a contract for a 4D survey in the Gulf of Mexico.

PGS said it would use a Ramform Titan-class vessel for the project. The survey is expected to begin late February and en in late March.

The seismic surveyor did not say who the client was.

President & CEO in PGS, Rune Olav Pedersen: "We are very pleased with this 4D contract award in the US Gulf of Mexico, which
historically has been a MultiClient market. With our Ramform acquisition platform and superior multi-sensor GeoStreamer technology we will provide the client with high-quality 4D seismic data."

According to data on its website, PGS has so far acquired more than 30 000 sq. km of 4D data using GeoStreamer technology.

A time-lapse 3D (i.e. 4D) project involves repeating 3D seismic surveys over a producing reservoir to identify changes in the physical state of the reservoir due to production. Such time-lapse surveys are used to optimize the planning of producer and injector well placements, as well as monitoring the overburden to detect any geomechanical changes associated with compaction effects, PGS's website info shows.

In an update last week, PGS said that the seismic market recovery in 2021 had been slower than expected, but that 2022 should see demand for seismic services increase.

"PGS expects global energy consumption to continue to increase longer term with oil and gas remaining an important part of the energy mix as the global energy transition evolves. Offshore reserves will be vital for future energy supply and support demand for marine seismic services. The seismic market is slowly recovering, and the positive trend is expected to continue in 2022 due to increasing investments among energy companies. The seismic acquisition market is also likely to benefit from low vessel supply operating in the international market. In 2022 we expect to see an increasing demand for seismic acquisition services related to carbon capture and storage projects," the company said in an update on January 27.