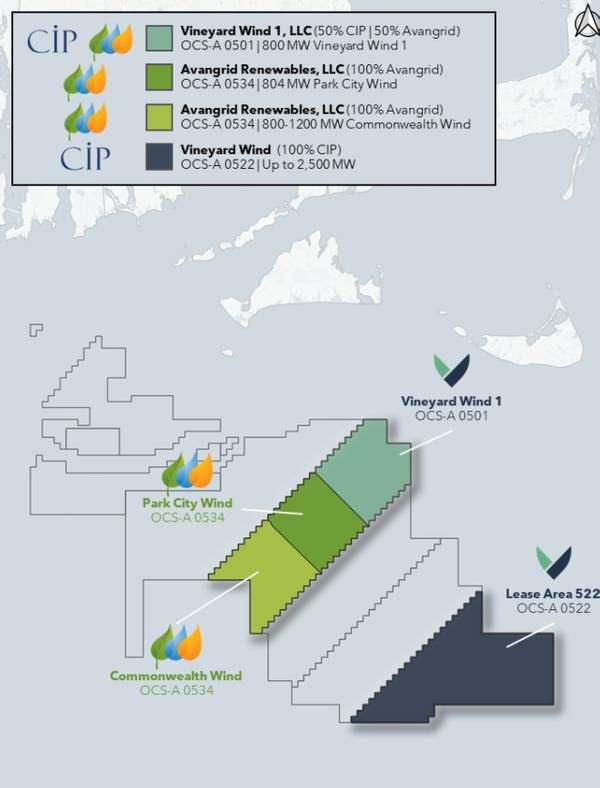 Spanish renewable energy company Iberdrola, via its subsidiary Avangrid Renewables, has, as part of an earlier agreement with Copenhagen Infrastructure Partners, formally concluded an agreement to take control of over 2 GW of US offshore wind capacity.

CIP and Avangrid had in September 2021, agreed to restructure their 50/50 joint venture which owns several U.S. offshore wind projects with a combined capacity of 5.3 GW for each party to focus on its further expansion within US offshore wind.

The 800 MW Vineyard Wind 1 project in Massachusetts, remains a 50/50 joint venture between the parties, and Iberdrola has the right to take control of the project during the operational phase. This will be the first commercial-scale offshore wind farm operating in the US, following the start of construction in Q4 2021.

Iberdrola's Avangrid Renewables is also the 100% owner of Kitty Hawk Offshore Wind (2500 MW) located off the coast of North Carolina and Virginia with the potential to deliver power to both states.

In total, Iberdrola said its investment in its US offshore pipeline could exceed $15 billion in the coming years.