Lukoil to Buy 9.99% in Shah Deniz and Not 15.5% as Partners Exercise Pre-emptive Rights 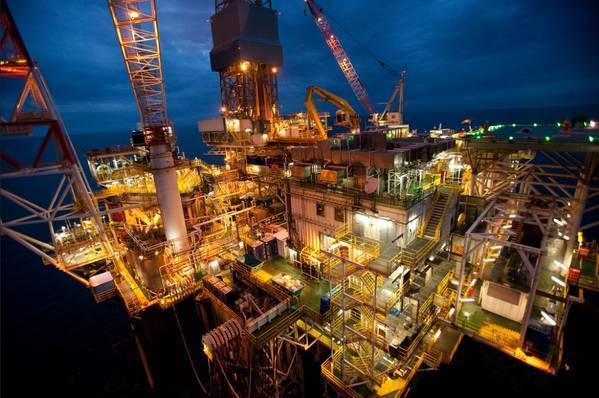 Russian oil firm Lukoil will acquire a 9.99% percent in the Shah Deniz offshore gas field in the Azerbaijan sector of the Caspian Sea from Malaysia's Petronas and not 15.5% as agreed originally in October, as other partners in the field, BP and Socar, decided to exercise pre-emptive rights.

"In accordance with the new arrangements, the share acquired by LUKOIL is reduced from 15.5% to 9.99% with proportional decrease in the transaction value from $2.25 billion to $1.45 billion," Lukoil said Friday. This means that Lukoil's stake in the project will increase to 19,99% and not to 25,5% as previously expected.

"The conclusion of the amendments resulted from negotiations with the Shah Deniz project partners on the implementation of pre-emptive rights. The deal is expected to be closed in January 2022," Lukoil said.

In a separate statement on Friday, Socar said it had agreed to buy a 4.35% stake from Petronas, increasing its total stake to 14.35%. Azeri news website Trend.az said that BP, the operator of Shah Deniz, had also decided to acquire a 1.16% interest from Petronas for $168 million, increasing its ownership to 29.96%.

The transactions will mean Petronas' exit from Shah Deniz field, in which it had bought its 15,5 percent stake from Statoil (now Equinor) in 2014.