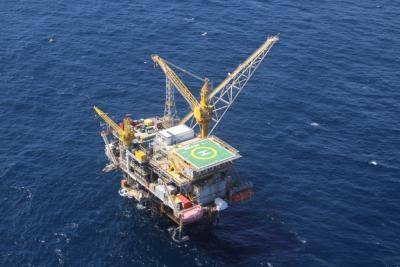 Trinidad and Tobago next year plans to launch bidding rounds for onshore and shallow-water areas on top of last week's launch of an auction of 17 deepwater oil and gas blocks, the nation's energy minister told Reuters.

The Caribbean country, which is among the region's top producers of natural gas, had delayed the deepwater round last year. It now is shortening the timeframe for receiving and evaluating the bids, so results can be announced in nine months.

Trinidad also has relaxed some fiscal terms, including royalties and cost recovery, aiming to attract bidders as neighboring nations, from Colombia to Guyana, are competing for investment in their oil and gas industries.

"I insisted on cutting those times down, because we need to get on with it," Minister of Energy Stuart Young told Reuters in an interview Tuesday on the sidelines of the World Petroleum Congress in Houston.

"We are open to negotiate our share of profits and gas. The government has shown it is willing to listen and we are very conscious that we need to be competitive globally."

Both BP and Royal Dutch Shell produce in Trinidad and have expressed interest in some deepwater blocks, while other firms are nominating areas for the 2022 rounds, Young added.

BHP Billiton in May announced first oil from its Ruby shallow-water project, aiming to pump 16,000 barrels per day of oil and 80 million cubic feet per day (cf/d) of natural gas.

Trinidad produces some 2.7 billion (cf/d) of gas and could return to pre-pandemic levels of about 3.6 billion cf/d in the coming months. But if new output is not brought online soon, overall output will start declining, analysts have said, which would curtail supply for the country's liquefied natural gas (LNG) trains.

The government, Shell, and BP have started talks to complete the restructuring by June of the 15-million-metric-tonne Atlantic LNG project, whose first train remains idled due to lack of gas.

"The Atlantic LNG project has been around for few decades. We must look at a restructured entity for the future," he said.

To continue operating the liquefaction trains, Trinidad had held talks with the administration of Venezuelan President Nicolas Maduro to bring natural gas from its offshore Dragon field to the Caribbean nation. However, those negotiations stalled after the United States imposed sanctions on Venezuela's oil industry in 2019.

"After recent elections in Venezuela, we are hoping that if sanctions are rolled back, Trinidad and Tobago can re-enter conversations with the Venezuelan government, get it done and bring the gas to Trinidad," Young said.

The nation is about to finish the first stage of a competitive process to lease or sell its 150,000-bpd Pointe-a-Pierre refinery, which stopped operating in 2018.

"Three to four companies are interested and doing due diligence. By the second quarter of 2022 we should finish evaluating the proposals," the minister said.