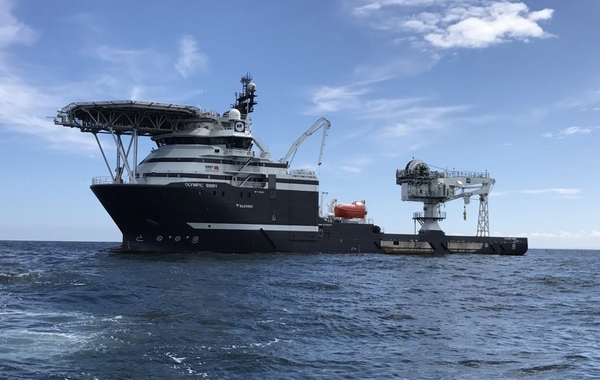 Offshore vessel operator Olympic Subsea said Wednesday it had struck a deal with a majority of its bank lenders for a restructuring of the financial indebtedness of the group.

The terms of the transaction will result in a reduction in annual debt service, a sufficient cash balance, and in sum an improved financial flexibility, Oslo-listed Olympic Subsea said.

The deal includes an extended runway, with no mandatory debt maturities on bank debt until 31 March 2023. Also, according to Olympic the agreement will lead to financial flexibility with reduced interest costs and reduced fixed amortization on the bank debt facilities (MNOK 16,6 until end of September 2022, and MNOK 20 thereafter in quarterly amortization) with further principal repayments prior to maturity occurring by a group cash sweep structure.

The restructuring is expected to be completed this month.

"The Company would like to extend its appreciations to the majority of the bank group that has decided to continue to support the Company though the new agreement. The Company is in advanced discussions with the remaining bank lenders on reaching a solution also with the said lenders, and expect to reach such solutions in a timely manner," Olympic Subsea said.

With respect to Olympic Subsea's outstanding bonds no change is envisaged, and they are expected to be equitized at or prior to maturity as per their current terms.