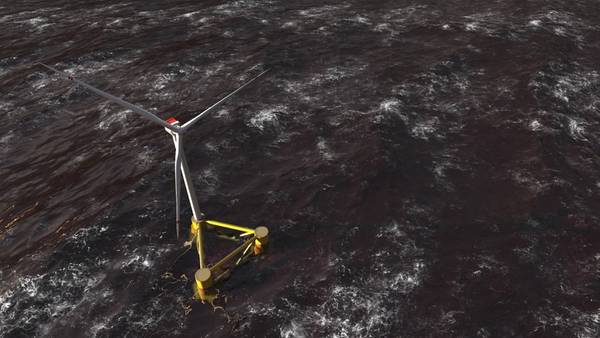 The equal partnership will submit an application to the Norwegian authorities for the development of a commercial-scale floating offshore wind farm in the Utsira Nord license area in the Norwegian North Sea.

Kristian Røkke, Chairman of Aker Offshore Wind and CEO of Aker Horizons, said: “Together with Ocean Winds and Statkraft, we have formed a partnership of experienced developers and operators to push the boundaries for offshore floating wind and develop new value chains for Norwegian industry.

"Aker Offshore Wind brings the capabilities and experience from five decades in the offshore industry to scale and industrialize floating wind in a sustainable way. At Utsira Nord, the ambition is to further develop and industrialize technology based on Principle Power’s market-leading floating substructure technology.”

Spyridon Martinis, Chief Executive Officer of Ocean Winds, said the aim was to deploy all the know-how, experience and technology of Ocean Winds, especially the one acquired at Windfloat Atlantic, the world's first semi-submersible floating wind farm in operation since last year in Portugal, to contribute the best to the new Utsira Nord project.

The announcement comes just a few days after TotalEnergies, Iberdrola, and Norsk Havvind said they'd teamed up to respond to the Norwegian authorities' call for tenders for the development of floating and bottom-fixed wind projects for a cumulated capacity of 4.5 GW at two offshore sites in southern Norway.