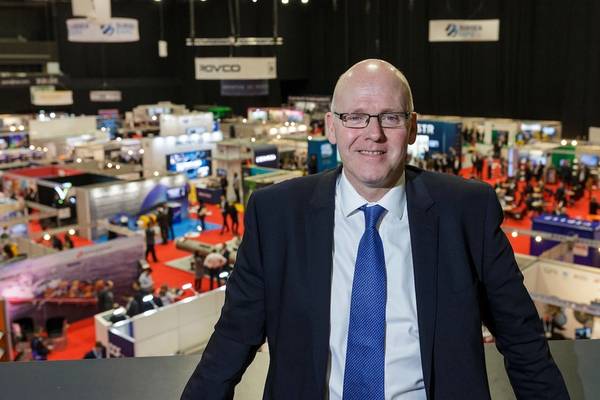 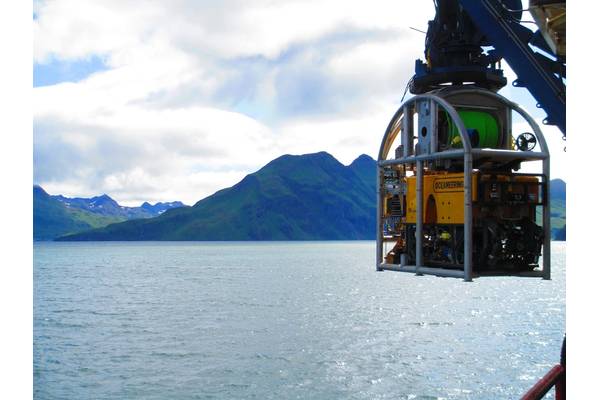 Subsea UK is embarking on a new adventure as The Global Underwater Hub, a new organization with already nearly $18 million in funding. ‘The Hub’ aims to leverage the UK’s strong maritime heritage, as well as its underwater expertise that transcends offshore defense and research. Subsea UK has been around nearly 20 years, set up to champion the UK subsea industry. It was fortuitous timing, as that $2.7B CapEx industry in oil and gas grew to more than $12B by 2013. Neil Gordon, Chief Executive at Subsea UK, discusses the path ahead.

While Subsea UK was formed in 2003 to champion the UK subsea industry, its predecessor was an organization in the Northeast of Scotland around Aberdeen called The Scottish Subsea Technology Group. “That was a number of companies (30 or so) that used to come together and talk about technology because there wasn’t a forum to talk about the challenges and opportunities,” said Gordon. When the small group realized the potential of linking others across the country, both the UK and Scottish governments became involved, and subsequently born Subsea UK was born. Today Subsea UK is an organization of 300 members with an aim to grow the subsea business domestically and globally.

Path to the Top

While Neil Gordon is the recognized public face of Subsea UK, his early years suggested a career in his family business, not the subsea sector. And then he met Oceaneering, where he was able to meld his love of business, sports and diving. “I got hooked in the industry and off I went to do my training in commercial diving,” said Gordon.

Over the years he worked in a host of different organizations that gave him a “grounding to understand how the subsea industry works, both offshore and onshore,” with insights on communicating to these different group.

Just prior to taking the top spot at Subsea UK, Gordon was running The National Hyperbarics Center, which looked at testing, training, and trials of subsea equipment and processes, which again helped Gordon to broaden his knowledge of the subsea sector as a whole.  “There was also a lot  of training and testing of equipment like subsea control modules,” said Gordon.  “That was an interesting period to understand what goes on in that subsea world, because there’s a whole plethora of technological infrastructure happening beneath the waves.”

The challenges inherent in the subsea sector are well known and recorded by those who live it daily. Working in and under one of the most difficult environments on the planet is the entrance, punctuated by severe business peaks and troughs, particularly in the offshore oil and gas sector, that make long range planning and success difficult.

“The oil and gas industry harnessed and developed subsea technology, accelerating the industry massively. But some of the biggest challenges are the highs and lows of the oil price,” said Gordon. But necessity is the mother of invention, as the challenges create opportunities as operators take a microscope to their operating costs, particularly looking at the balance between capital-intensive topside versus subsea developments.
“Look at subsea developments, for example, and in the North Sea, where there were a lot of subsea tiebacks to existing infrastructure,” subsea technologies that have enabled assets that were perhaps designed for only 20 years to have their life extended well past 40 years. 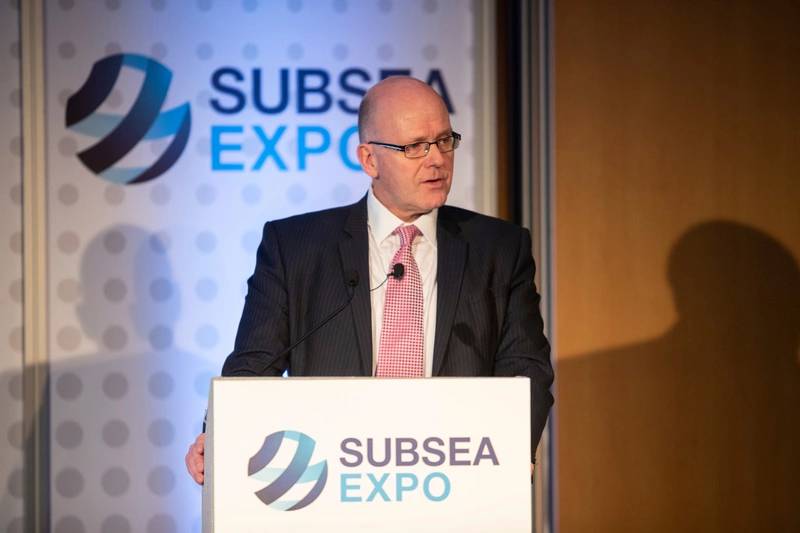 “Things are changing; we’ve been through a pandemic and lockdown, and the world looks kind of different as we come out of hibernation. (In addition to the emergence of offshore wind) there are things like carbon capture and utilization and storage, hydrogen production, and many other opportunities.” – Neil Gordon, Chief Executive at Subsea UK

The opportunity now – and hence the creation of The Global Underwater Hub – is to leverage all of this accrued subsea expertise, much of it born in the traditional offshore oil and gas environment, and find new ‘homes’ for it in alternate and emerging offshore industries, from defense to aquaculture to the burgeoning offshore wind market, particularly with the need to chart, understand and build on the seafloor, as well as the more recent emergence and promising future of ‘floating wind’ that share many similarities to offshore oil and gas.

In motion for a few years, drawing on the resources of Subsea UK and additional entities in Scotland and the UK, The Global Underwater Hub is aiming to harness all that the subsea industry has to offer and leverage it toward future opportunities. So the challenge was, a few years back, we looked at Subsea UK, which had done a great job up until then, but the future was starting to look slightly different,” said Gordon. ‘Slightly different’ includes the impact of COVID. “Things are changing; we’ve been through a pandemic and lockdown, and the world looks kind of different as we come out of hibernation. (In addition to the emergence of offshore wind) there are things like carbon capture and utilization and storage, hydrogen production, and many other opportunities.”

Cumulatively it is perhaps best described as taking a bigger piece of the ‘blue economy’ which encompasses all aspects to do with the ocean, driven by the recent Organization for Economic Cooperation and Development (OECD) report that projects the blue economy is set to grow to about $3 trillion by 2030. “Now that’s a massive growth,” said Gordon, noting that $1T of that pie are sectors where Subsea UK has already or has targeted to work. 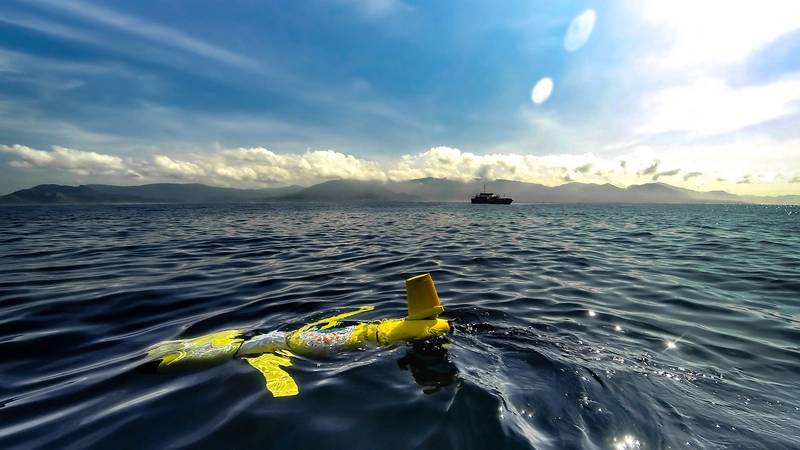 “We know countries such as Norway, Japan, Canada and the U.S. are all investing in the ocean economies,” said Gordon, in discussing the push to develop The Global Underwater Hub, which in its essence is creating value for the UK and Scottish economies. “We are a world leader, but we want to make sure that we can maintain that leadership. So let’s get some real focus about the blue economy. How do we create the jobs? How do we develop the technology? How do we encourage exports?” Gordon and his colleagues see The Global Underwater Hub is the answer to those questions and more.

Logistically the organization will have three locations: one in Scotland, one in North England and one in South of England, creating “a backbone, a hub and spoke model,” said Gordon. “Anyone around the country can access and connect to help them grow their business.”

The GUH will be an intelligence led and strategically focused organization helping companies to understand new markets and identify opportunities by delivering in four key areas:

“The main things that the hub will be able to deliver is help companies identify where are the opportunities and help them navigate, find and win that business,” said Gordon. “We’ve got energy transition, net zero oil and gas, offshore wind [to name a few]. It’s for us to try and help articulate the opportunities and help companies make those strategic decisions where they invest in, where they want to do business.” 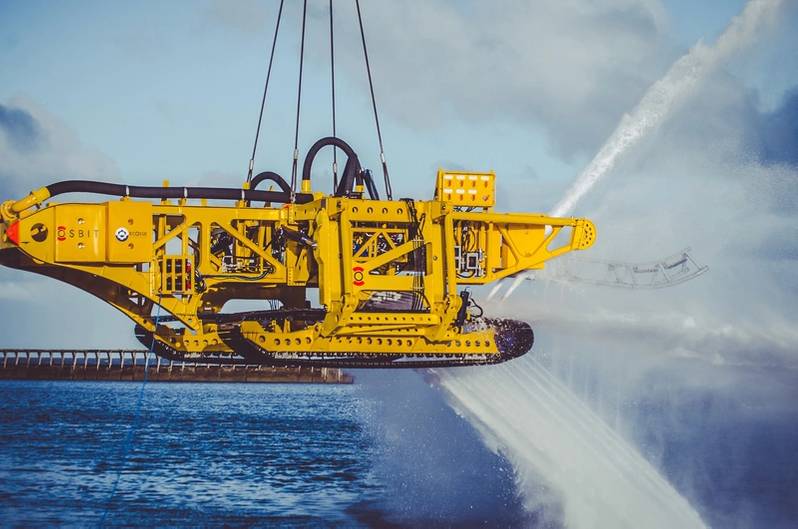 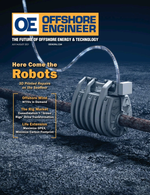