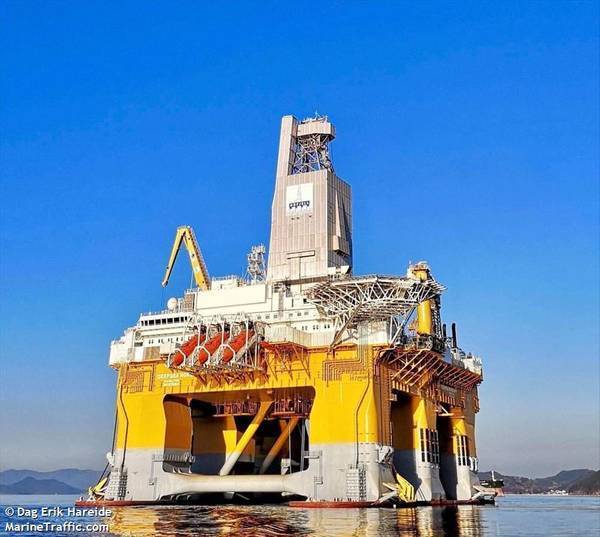 Norwegian oil and gas firm Equinor has drilled a dry exploration well near the Wisting discovery in the Barents Sea, offshore Norway.

The well 7322/6-1 S, drilled about 320 kilometers north of Hammerfest and 45 kilometers northwest of the 7324/8-1 (Wisting) oil discovery in the Barents Sea, encountered two sandstone intervals in the Snadd Formation, measuring 12 and 23 meters, with poor to moderate reservoir quality.

In the Ørn Formation, the well-encountered carbonate rocks (dolomites) over an interval of nearly 250 meters, with poor to moderate reservoir quality.

In the Realgrunnen Subgroup (Late Triassic to Middle Jurassic Age), the well encountered about 45 meters of sandstone, presumably with moderate to good reservoir quality.

The uppermost sandstone interval in the Snadd Formation contains traces of oil. The well is classified as dry, the NPD said this week.

This is the first exploration well in production licence 722.  Equinor is the operator with an ownership interest of 45 percent. The other licensees are AkerBP  (20 percent), Lundin Energy Norway  (20 percent), and Sval Energi  (15 percent).

The wildcat was terminated in the lower part of the Ørn Formation in the Upper Carboniferous. The water depth at the site is 439 meters. The well has been permanently plugged and abandoned.