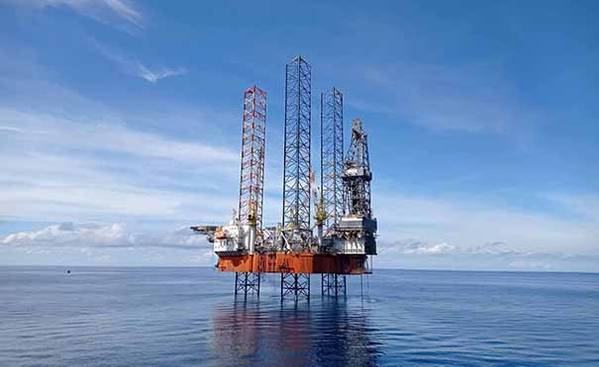 Thai oil company PTTEP has made another gas discovery offshore Malaysia, this time at the exploration well, Kulintang-1, its first drilled in the Block SK438, located around 230 kilometers off the coast of Miri, Sarawak.

As for the latest discovery, Phongsthorn Thavisin, PTTEP Chief Executive Officer, said that PTTEP had started drilling at the Kulintang-1 wildcat well in Block SK438 in March 2021. The well was drilled to a total depth of 2,238 meters in April 2021.

According to Petronas, PTTEP's partner in the offshore license, the Kulintang-1 well-encountered gas in the Oligocene to Middle Miocene sandstone reservoirs, which has not been fully evaluated before.

PTTEP plans to drill another exploration well in this block in the second quarter of 2021.

"Block SK438 is adjacent to Blocks SK405, SK309 & SK311, SK314A, all of which are operated by PTTEP, with existing facilities nearby. The location, therefore, provides an advantage for future development including the potential for cluster development," PTTEP said.

Thavisin said: "The Kulintang-1 well adds to the consecutive discoveries PTTEP has made this year which demonstrate our significant exploration progress in Malaysia. The discovery highlights our strong partnership with Petronas and continuous efforts in applying new techniques and interpretation to identify opportunities in mature areas. We are determined to explore further and make more oil & gas discoveries in Malaysia to serve future energy demand."

Block SK438 is located in shallow waters, approximately 108 kilometers off the coast of Bintulu in Sarawak. PTTEP HKO is the operator with 80 percent participating interest while PETRONAS Carigali Sdn. Bhd. (Petronas Carigali) holds the remaining 20 percent.

“The Kulintang sweet gas discovery can be monetized through existing infrastructure towards fulfilling the demand of the domestic gas customers as well as Petronas LNG Complex in Bintulu, Sarawak,” he added.