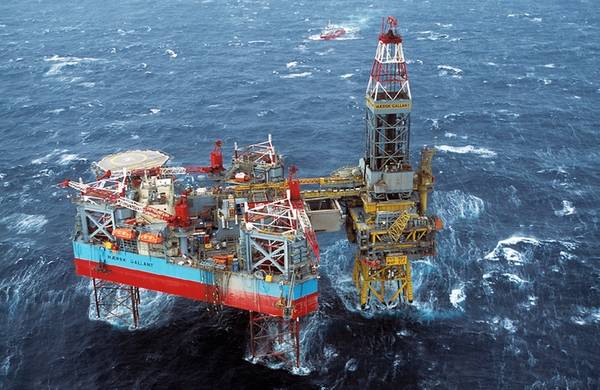 Danish offshore drilling company Maersk Drilling has sold the jack-up rig Maersk Guardian to New Fortress Energy. The two firms have also signed a deal for the sale of the jack-up rig Mærsk Gallant with anticipated closing in June 2021.

The total sales price for the two rigs is USD 31m in all-cash transactions, Maersk Drilling said, adding that New Fortress Energy would use the two jack-ups for non-drilling purposes as part of its planned Fast LNG project.

Madsen said that the divestments were in line with Maersk Drilling’s strategic priority of maintaining a fleet of modern, high-quality assets.

"We’re also pleased that the rigs will be re-purposed and deployed by New Fortress Energy for a project which focuses on providing low-carbon affordable energy,” said the CEO.

The Maersk Guardian, now renamed Guardian, is an ultra-harsh environment jack-up rig that has previously been converted into an accommodation unit. It was delivered in 1986 and has been warm-stacked in Esbjerg, Denmark after ending its latest contract offshore Denmark in 2020.

Mærsk Gallant is an ultra-harsh environment jack-up rig that was delivered in 1993. It is currently cold-stacked in Dundee, UK after ending its latest contract offshore the UK in 2017.

After both transactions are closed, Maersk Drilling’s fleet will count twelve jack-up rigs, eleven of which are suitable for operations in harsh environments, and eight floaters.