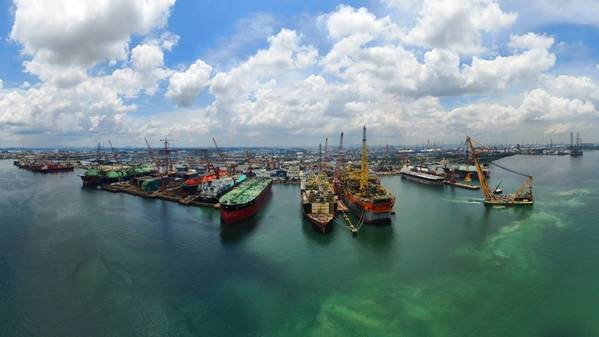 Brazilian oil company Petrobras has ordered an FPSO from Singapore's Keppel Shipyard, in what will be the seventh FPSO unit installed in the Búzios field, in the Santos Basin.

The FPSO, to be named P-78, will have a processing capacity of 180 thousand barrels of oil per day and 7.2 million cubic meters of gas per day. Keppel is expected to deliver the FPSO in late 2024. Keppel said that the value of the order was $2.3 billion.

Keppel O&M will build the topside modules weighing 43,000 metric tonnes (MT) at its shipyards in Singapore, China, and Brazil, as well as undertake the integration and commissioning works of the FPSO.

Keppel O&M’s partner, Hyundai Heavy Industries Co., Ltd. (HHI), will provide the 85,000MT hull and the living quarters for 240 persons. Upon completion, the FPSO will transit to the Buzios field, where Keppel O&M will carry out the final phase of offshore commissioning works.

"The supply of the FPSO will result from the EPC (engineering, procurement and construction) contracting modality and from Petrobras' strategy of developing new projects for its own platforms, incorporating the lessons learned from the FPSOs already installed in the pre-salt, including contracting and construction aspects," Petrobras said.

The contract foresees compliance with the local content of 25%, with services to be executed in Brazil through partnership or subcontracting of national companies. The local content index is a requirement set in the public pre-qualification and committed to by the ANP for the Transfer of Rights surplus of the Búzios field, Petrobras said.

The project will see 13 wells connected to the FPSO, 6 of them producers and 7 injectors, through a subsea infrastructure composed of rigid production and injection pipelines and flexible service pipelines.

The Búzios field, discovered in 2010, has been described as the largest deep-water oil field in the world. By the end of the decade, the Buzios should have daily production above 2 million barrels of oil equivalent per day, becoming the Petrobras asset with the highest production.

Currently, there are four units operating in Búzios, which account for more than 20% of Petrobras' total production. The fifth and sixth platforms (FPSOs Almirante Barroso and Almirante Tamandaré) are under construction, and the eighth and ninth units (FPSOs P-79 and P-80) are in the contracting process.

According to World Energy Reports, Petrobras plans to ultimately have 12 FPSOs in operation on Buzios by the end of the decade. Back in February, the Brazilian oil giant signed a letter of intent with Dutch FPSO supplier SBM Offshore for the delivery of what will be the sixth FPSO to be deployed in the Búzios field in the Santos Basin, offshore Brazil.

The FPSO will be the largest oil-producing unit operating offshore Brazil and one of the largest in the world, with a daily processing capacity of 225,000 barrels of oil and 12 million m3 of gas. Delivery of the FPSO is expected in the second half of 2024.

On April 30, Petrobras started the bidding process for the acquisition of the ninth FPSO to operate at the Búzios field. 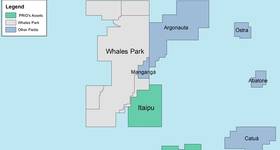