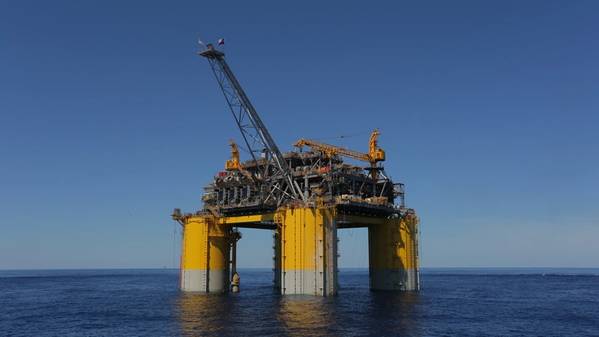 U.S. oil producer Hess Corp on Wednesday swung to a profit in the first quarter despite lower production, as a winter storm boosted demand for natural gas, while steady COVID-19 vaccine rollouts aided a recovery in oil prices.

Global crude prices have averaged around $61 in the first three months of the year, building on a recovery it began late in 2020. Prices were trading around $67 on Wednesday.

The oil producer said its average realized crude oil selling price, excluding hedges, surged to $52.52 per barrel in the first quarter from $39.45 in the fourth.

In the first quarter, the company also sold 4.2 million barrels of Bakken crude oil that it had stored on two 'very large crude carriers' during last year's oil downturn that boosted its income by about $70 million in the quarter.

Hess, the first major oil and gas producer to report corporate earnings this season, posted an adjusted profit of $252 million, or 82 cents per share, in the reported quarter ended March 31, from a loss of $176 million, or 58 cents, in the fourth quarter.

The company also cut its full-year production forecast, excluding Libya, to between 290,000 barrels of oil equivalent per day (boepd) and 295,000 boepd, from a prior estimate of about 310,000 boepd, attributing the decline to lower volumes received on some contracts, asset sales and the impact of frigid weather conditions in North Dakota.

(Reporting by Sahil Shaw in Bengaluru, Editing by Sherry Jacob-Phillips)