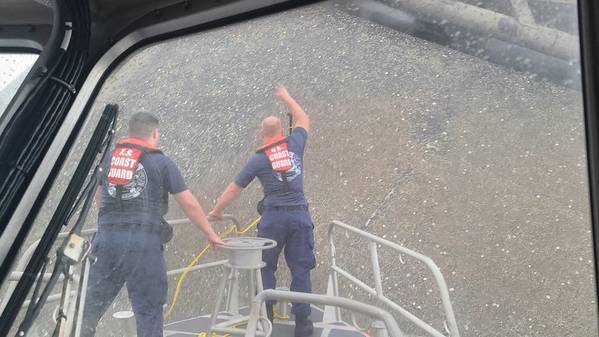 A Coast Guard boat crew attempts to throw a hammer at the hull of the Seacor Power in an attempt to make contact with potential survivors inside the vessel. (U.S. Coast Guard photo courtesy of Coast Guard Station Grand Isle)

The U.S. Coast Guard said Thursday it is still searching for 12 people missing from a lift boat that capsized in extreme weather conditions Tuesday in the U.S. Gulf of Mexico.

Coast Guard vessel and air crews have worked with other local agencies to scour the area overnight Wednesday and through the day Thursday in search of the dozen missing from the Seacor Power, which overturned in rough seas and hurricane force winds approximately 8 miles south of Port Fourchon, La. The search has covered approximately 6,380 square miles, an area roughly the size of Hawaii, the Coast Guard said.

So far, seven of the 19 personnel who were on board the 234-foot lift boat have been recovered, one of whom has died. The Coast Guard said it is possible that survivors could still be inside the capsized vessel.

Divers arrived on scene Thursday to assess the overturned lift boat and begin operations in support of ongoing search and rescue efforts, the Coast Guard said.

The incident has been declared a major marine casualty, and the National Transportation Safety Board (NTSB) will be joining the the Coast Guard-led preliminary investigation. 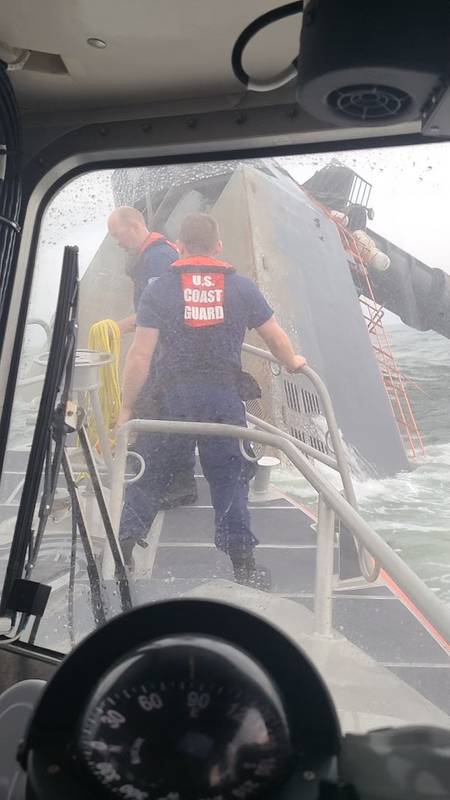 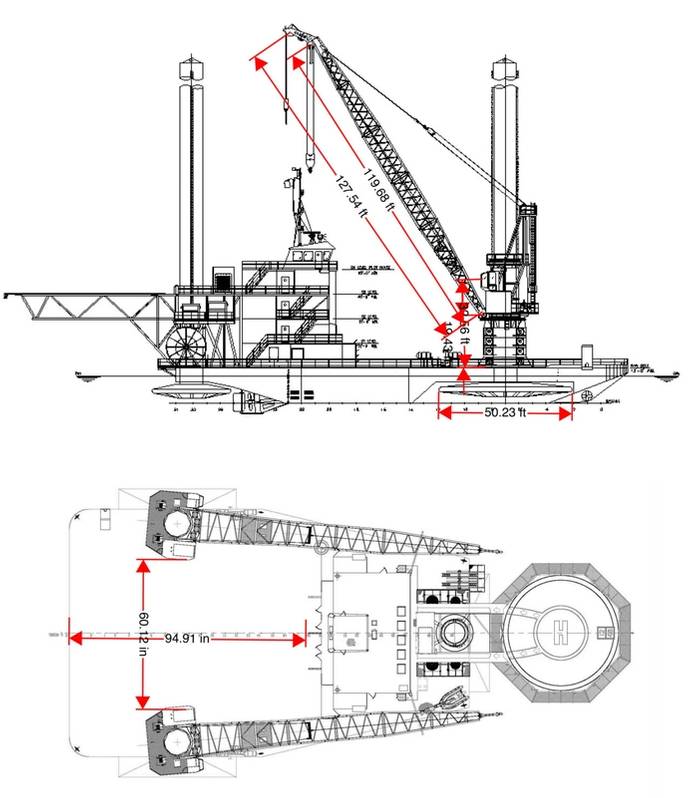