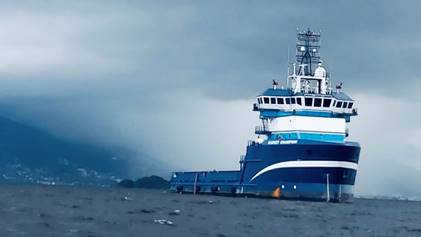 U.S.-based offshore vessel operator Harvey Gulf International Marine has said it has converted its Harvey Champion platform supply vessel into a dual-fuel vessel. The Harvey Champion is now operating on both battery power and diesel.

"The Champion now boasts 754 kWh of battery power, which will reduce harmful emissions both in port and while underway, while simultaneously reducing the vessel’s fuel burn, saving the end-user money," Harvey Gulf said Wednesday.

The contract for the conversion of the vessel to a hybrid was awarded in May 2019 to GE’s Power Conversion business, which at the time said that its SeaGreen Energy Storage System (ESS) onboard platform supply vessels manages energy sources according to load demand, enabling marine operators to optimize energy usage while providing continuity of operations, increased efficiency and reduced emissions.

The company has boasted of being "the only vessel company in America owning and operating both tri-fuel and dual-fuel vessels."

"Upon completion of the conversion, the Harvey Champion immediately went to work for an oil & gas super major in the USA," Harvey said Wednesday, without saying who the client was.

The company in September 2020 said it would install 10 battery systems onboard eight of its vessels as the U.S.-based offshore vessel owner continues its efforts to transform its fleet for greener operations.