2021: A Year of Offshore Energy Potential 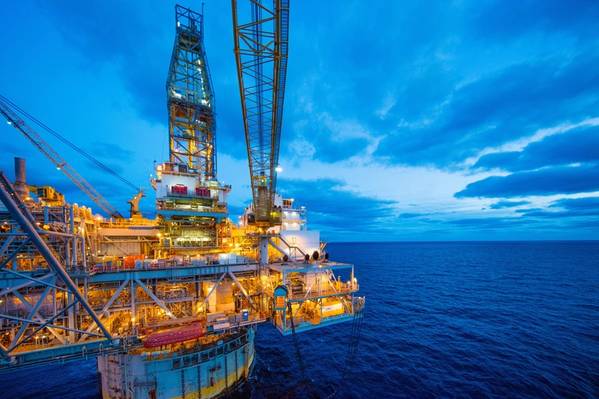 After what has seemed like the longest year ever, the offshore energy sector is emerging from a position of strength, from the standpoint of both economics and sustainability. Between the lockdowns implemented to reduce COVID-19, which reduced energy demand, to the oil price war between state-backed producers, 2020 was an unprecedented storm that hit the American offshore energy market. Now, there are unmistakable signs of a recovery, and policy makers in Washington, D.C. should embrace the opportunity before us to for sustained economic, environmental and emissions performance.

Before much of the world truly grasped the significance of COVID-19, the offshore industry began industrywide coordinated action to mitigate the spread of the virus. Offshore companies and regulators quickly developed and shared best practices on mitigation measures to prevent the spread of COVID-19 in the confined spaces offshore.

The leadership and initiative of the industry during 2020 was a stabilizing force during a turbulent time. Not only did Gulf of Mexico oil and gas production safely keep energy flowing, but we also provided hydrocarbons and the molecular building blocks integral for the medicines, face masks, surgical gowns and other medical equipment necessary to fight COVID-19.

Likewise, along the Atlantic Coast, a new era of offshore energy is beginning—that of renewable wind energy. After years of slower-than-anticipated progress, the regulatory and permitting process for the first wave of U.S. offshore wind projects, including Vineyard Wind and South Fork Wind, is steadily progressing.

This is great news for the entire offshore energy industry. The same companies that built the Gulf of Mexico oil and gas industry are lending their experience to build out wind projects along the Atlantic Coast. Existing offshore wind projects are expected to generate 83,000 new, well-paying jobs by 2030, with the bulk of the jobs concentrated during the development and construction phase.

With continued opportunities for new access, the offshore wind industry is poised to grow even more. Wood Mackenzie conducted a study on how beneficial the wind opportunity is for Americans. Just four lease opportunities, offshore New York, the Carolinas, Maine, and California, could generate 28 new gigawatts of clean energy and $1.7 billion in U.S. Treasury revenue by 2022. To build up these windfarms, the industry would support an additional 80,000 annual jobs and generate $166 billion in additional investment by 2035.

Energy demand around to world continues to rise. People of all walks of life depend upon abundant, affordable, and reliable supplies of energy for maintaining a high quality of life. Around 1 billion people still lack access to electricity, and global energy needs are expected to increase by 25% by 2040.

Without the U.S. offshore, energy consumers of today and tomorrow would be forced to turn elsewhere for their energy needs. Every barrel of oil and every watt of electricity that the women and men of the U.S. offshore sector produce is energy that our nation does have to import from state-backed producers in pollution havens such as Russia or China.

Policymakers should recognize what our industry is achieving in the Gulf of Mexico and along the Atlantic Coast, and work with us to build even greater achievements. The offshore industry is unique in how we can provide energy safely and sustainably at such a large scale. The focus should be on embracing all forms of offshore energy—oil, natural gas and wind—and opening the door to the economic and environmental opportunities Americans desperately need.