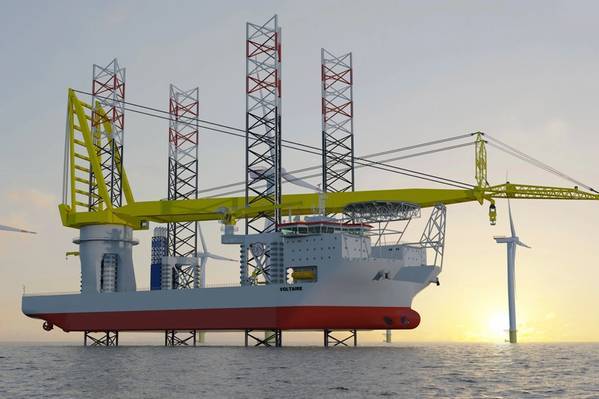 The keel-laying ceremony for the jack-up unit was held Thursday at the Cosco Shipping Shipyard in Nantong, China, in the presence of Jan De Nul, Cosco’s and Bureau Veritas’ representatives.

Given that the keel for the Voltaire was laid almost two years after the order, Offshore Engineer reached out to Jan De Nul for an explanation.

"Let’s say that COVID-19 has been a true challenge the past year. A challenge which we manage.  In any case, the project is currently on schedule," Heleen Schellinck, a Jan De Nul spokesperson said.

The vessel is designed to transport, lift and install next-generation offshore wind turbines, transition pieces, and foundations and, according to the company, will have better operational limits compared to existing jack-up installation vessels.

According to the owner, apart from its offshore wind installation capabilities, the 169.3 meters long unit will be suitable for the oil and gas industry and decommissioning offshore structures.

"All these activities will be performed in a sustainable way thanks to lower fuel consumptions and emissions through Jan De Nul’s in-house developed ULEv technique (Ultra Low Emission vessel)," Jan De Nul said.

The Voltaire will be equipped with a main crane of over 3,000 tonnes and a DP2 system. The vessel will have an operating depth of over 80 meters, a payload of about 14,000 tonnes, and accommodation for 110 persons.  The vessel is expected to be delivered in 2022.

While the vessel construction has just begun, it is worth noting that Jan De Nul already has a contract in place to deploy the vessel following the delivery.

In August 2020, Jan De Nul said it had signed a final contract to transport and install offshore wind turbines for what will be the world's largest offshore wind farm complex - the 3.6GW Dogger Bank in the UK.

The contract is for the installation of wind turbines at Dogger Bank A and Dogger Bank B, 130 km off the Yorkshire coast, starting in 2023.

Turbine delivery and installation at the first two phases of Dogger Bank Wind Farm will be the Voltaire's first assignment. The vessel will install the wind turbines on monopile foundations. 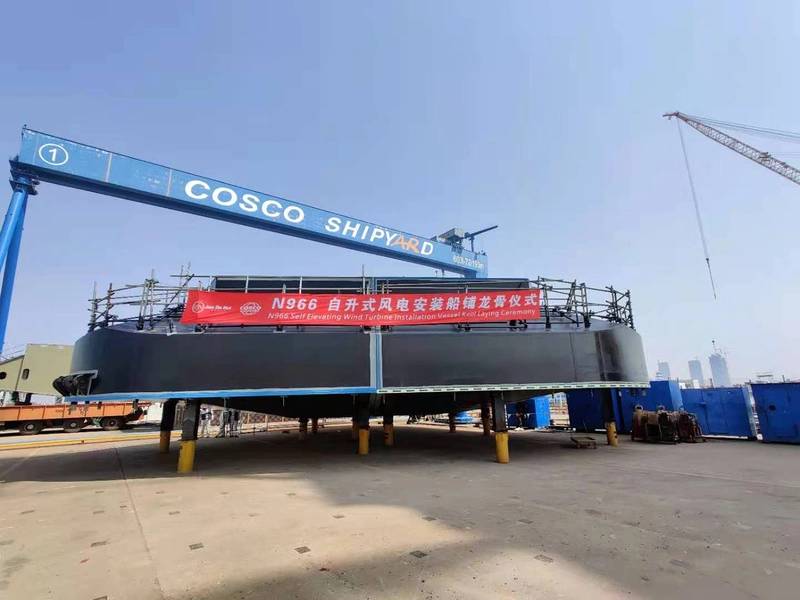