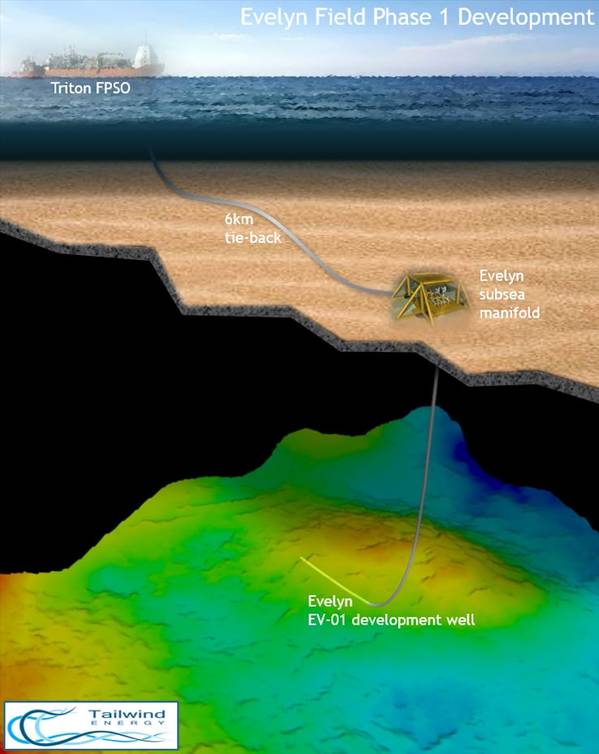 The Evelyn will initially be developed as a one-well subsea tieback to the Triton FPSO with provision for future additional wells.

"Tailwind has worked hard to develop Evelyn, consistent with OGA’s MER strategy, since acquiring the licence in 2018. Evelyn production will form a key future component of the Triton FPSO Hub," Tailwind said.

The first Evelyn well will be drilled in H2 2021 with the subsea tieback completed in summer 2022. The first production is expected in Q4 2022.