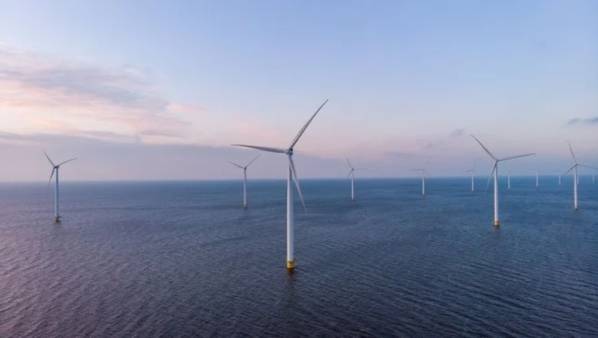 British oil major BP and its partner EnBW, an energy company from Germany, have been selected as preferred bidders for two 60-year advantaged leases in UK’s first offshore wind leasing round in a decade.

The partners have been selected as preferred bidders for the two offshore leases in the UK Offshore Wind Round 4, the first such UK leasing round since 2010.

"This marks bp’s entry to the UK’s offshore wind power sector, currently the largest in the world, and is further progress towards BP rapidly building a world-class wind energy business," BP said Monday. To remind, BP recently entered the offshore wind sector by buying from Equinor of a 50% interest in two major lease areas off the US East Coast for $1.1 billion.

As for the new UK leases won with EnBW, they are both located in the Irish Sea, and offer a combined potential generating capacity of three gigawatts (GW), the maximum award possible under the rules of the round, and a 60-year lease life. Once operational, this generating capacity would be sufficient to power more than 3.4 million UK households with clean electricity.

"The two leases are highly advantaged, with strong wind resources and proximity to shore that make them attractive investment opportunities. Their near-shore location, around 30 kilometers off the coast of North West England and North Wales, will allow for lower cost, more reliable transmission infrastructure. Their shallow water depths of 35-40 meters are also expected to support efficient and cost-effective development," BP said.

BP and EnBW plan to form a 50-50 joint venture to jointly develop and operate the leases.

The joint venture expects to make four annual payments of £231 million on each lease before projects reach final investment decision. Projects are expected to be operational in seven years. 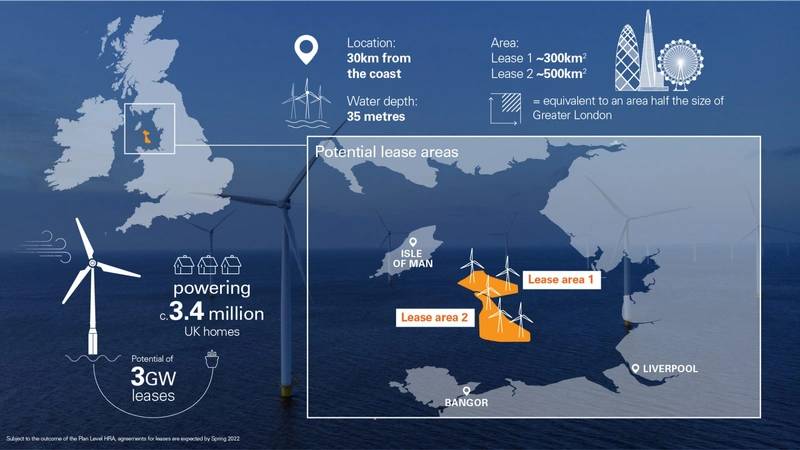 "As they are adjacent, projects are expected to benefit from significant synergies in procurement, development, and operational costs. Additional value is also expected to be generated through integration with bp’s industry-leading trading organization to take power to market, as well as the provision of power for bp’s fast-growing electric vehicle charging network in the UK and other opportunities," BP said.

BP chief executive Bernard Looney said: “Success in this round marks bp’s entry into one of the world’s best offshore wind markets. This is both important progress towards bp’s transformation into an integrated energy company as well as a significant next step in our long history in the UK.

"These projects – in which we are teaming up with an experienced partner EnBW - are absolutely in line with our determination to invest with discipline into only the very best opportunities. We are fully confident that these highly advantaged resources will deliver - at a minimum - the 8-10% returns we demand of our renewables investments.

"Additionally – offshore wind is integral to delivering the UK’s green industrial revolution. Building on the UK’s strengths, the government’s 10-point plan aims to produce enough offshore wind to power every UK home, quadrupling output to 40GW by 2030 – and bp is delighted to play a part in this.”

The Crown Estate will undertake a Plan-Level Habitats Regulations Assessment (HRA) of the Round 4 leasing plan, and subject to the outcome of the HRA, agreements for leases are expected by Spring 2022.