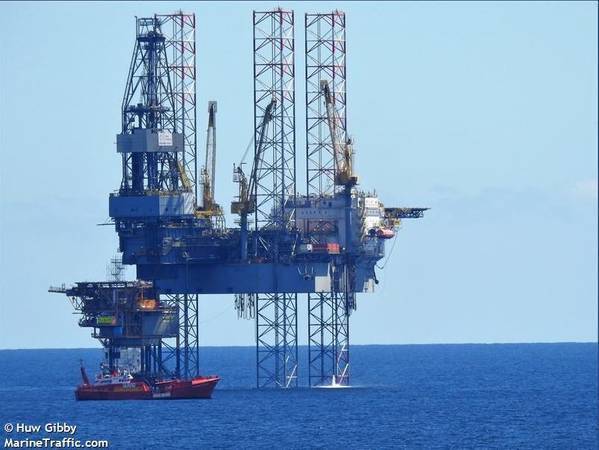 Vaaler currently serves as VP of Investor Relations and Treasury in the company. He has been described by Borr as someone who brings many years of financial and offshore industry experience through seven years as Treasurer and VP Finance in Frontline Ltd. and three years as VP Finance in Offshore Merchant Partners. Vaaler holds a Bachelor of Commerce degree from University College Dublin.

Patrick Schorn, Chief Executive Officer of Borr Drilling said: “I am pleased to announce Magnus as the new Chief Financial Officer of Borr Drilling. Magnus has been with the company since 2018 and has taken increasing responsibility in our finance team in the past year.  We are confident that this succession plan provides continuity and stability in this period where we are working with key stakeholders to complete our financial restructuring and strengthening our liquidity profile. I also want to thank Christoph for his strong contribution to Borr Drilling during this critical time and wish him well in pursuing his other interests.”

Magnus Vaaler, CFO designate said: “I am honored that the Board has appointed me to succeed Christoph as Chief Financial Officer. We have a world-class business with high-quality people, a young and modern fleet, and strong client relationships. There are short-term challenges in the industry, but we have a strong dedicated team working to ensure that Borr Drilling overcomes these.”

The announcement of the new CEO appointment comes a few days after Borr on December 24 said it had devised a plan "with considerable support of all secured creditors" for liquidity improvement amounting to $925 million over the next two years.

Borr said that subject to the company successfully raising USD40m in new equity, the lenders are supportive of the following outcome, subject to final Board and credit committee approvals:

The company said it would negotiate the definitive documentation with a view to closing the same and raising new equity by January 31, 2021.

"Borr Drilling has received strong indications from its main shareholders supporting the proposed equity issue based on this liquidity improvement," the company said last Thursday.

"Borr Drilling is very thankful for the support given by all the secured creditors and yards to strengthen the financial footing of the company. We consider this a great testimony to the quality of our people, assets, and operations who in turn deliver value to our customers", commented Patrick Schorn.