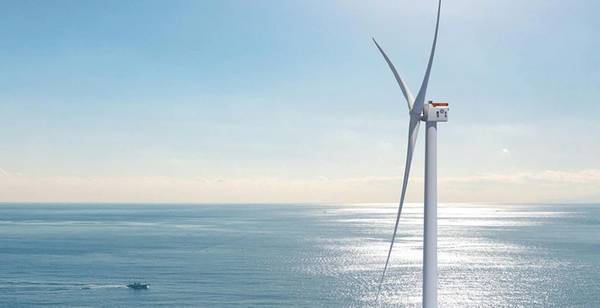 GE Renewable Energy has been confirmed as the preferred turbine supplier for Dogger Bank C offshore wind farm in the UK.

The 1.2 GW third phase of the 3.6 GW Dogger Bank wind farm owned by Equinor and SSE will become the world’s largest offshore wind farm when complete in 2026.

Under the agreement, GE will deliver the upscaled Haliade-X 14 MW wind turbines. This will mark the first time these turbines will be installed at any project world-wide.

The deal also includes and a Service Supply Agreement to provide operations and maintenance support for five years. The contracts are expected to be finalized in the first quarter of 2021.

Installation of the turbines for Dogger Bank C is set to begin in 2025 ahead of the completion of the overall project in 2026.

With the latest deal, GE is now confirmed as a supplier of Haliade-X turbine technology to all three phases of Dogger Bank Wind Farm including an order for 190 units of GE’s 13 MW Haliade-X for phases A and B announced in September.

John Lavelle, President & CEO, Offshore Wind at GE Renewable Energy, said, “Dogger Bank C will use a 14 MW version of the Haliade-X, the most powerful offshore wind turbine in operation today. In doing so, this unique project will both continue to build on the UK's leadership in offshore wind and serve as a showcase for innovative technology that is helping to provide more clean, renewable energy."

The Dogger Bank Wind Farm is located over 130 km off the north-east coast of England and will be capable of powering the equivalent of up to 6 million homes each year when complete in 2026.

Due to its size and scale, the site is being built in three consecutive phases; Dogger Bank A, Dogger Bank B, and Dogger Bank C. Each project is expected to generate around 6 TWh of electricity annually. Worth noting, the Italian oil giant Eni, recently joined the Dogger Bank project, acquiring a share in the first two phases A and B.