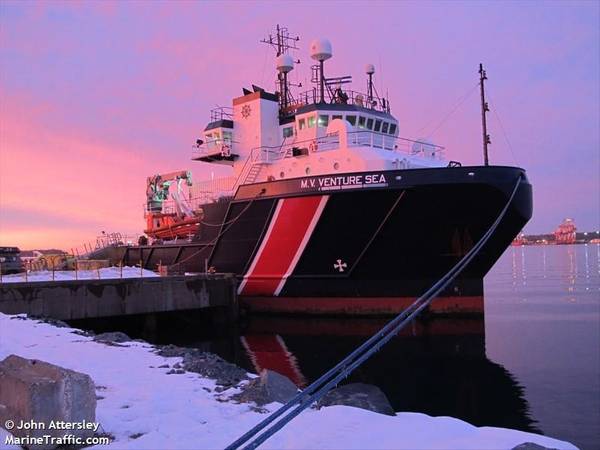 The vessel, built by Halter Marine in 1998, is owned by Secunda Canada, a Siem Offshore Canadian subsidiary.

Siem Offshore said that the sale deal was made "at market terms" and delivery is scheduled to take place in December 2020. It did not say who the new owner was.

Per Siem Offshore's mid-September presentation, the company had 33 vessels in its fleet of which six were in lay-up, with the Venture Sea also laid up.

According to data by VesselsValue, the 73 meters long Venture Sea had been on a contract with ExxonMobil from mid-2016 to mid-2019.

Back in September, the vessel was reportedly sent to assist and tow the bulk carrier Golden Opal that became disabled in the Davis Strait.