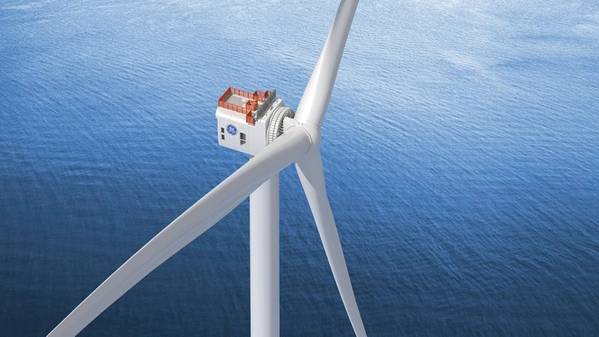 Equinor and SSE have announced a financial close on the first two phases of the world's largest offshore wind farm project - the Dogger Bank in the UK North Sea.

The overall wind farm is being built in three 1.2GW phases; Dogger Bank A, Dogger Bank B, and Dogger Bank C. Each project is expected to generate around 6TWh of electricity annually.

According to the two companies, the financial close represents in aggregate the largest offshore wind project financing to date globally.

The total senior debt facilities across the two phases is GBP 4,8 billion (USD 6,4 billion), plus ancillary facilities of around GBP 0.7 billion (USD 935,8 million). Dogger Bank A and B are being project financed with gearing of 65% to 70% for the generation assets. Gearing on the transmission facilities is set to 90% of the forecasted OFTO sale proceeds.

Pål Eitrheim, Equinor’s executive vice president of New Energy Solutions said: "Reaching financial close on the two first phases of Dogger Bank is a major milestone, demonstrating our commitment to profitable growth within offshore wind. The extensive interest from lenders underpins the attractiveness of UK offshore wind assets and confidence in SSE and Equinor. As the wind farm’s future operator, we are proud to take this big step forward in delivering what will be the backbone of a growing wind hub in the North Sea."

The final group of lenders, comprising 29 banks and three export credit agencies, includes experienced lenders in the sector along with relationship lenders of both SSE and Equinor.

"The level of interest achieved reflects the quality of the project and enables strong returns on shareholder capital to be delivered," Equinor said.

The project is being built in three 1.2 GW phases, with the first two phases being constructed at the same time to take advantage of the synergies resulting from their geographical proximity and use of common technology and contractors

As such, Equinor said, the two phases are being financed concurrently with all lenders participating in each phase in equal proportions.

Dogger Bank A and B will each require a total capital expenditure of around GBP 3 billion, including the CAPEX for the offshore transmission station (OFTO). The third phase, Dogger Bank C, is being developed on a different timescale with financial close to follow at a later stage.

Dogger Bank Wind Farm is located over 130km off England’s north-east coast and will be capable of powering up to 4.5 UK million homes each year when complete in 2026.

The giant offshore wind farm - Phases A and B  - will feature GE Renewable Energy's giant 13MW Haliade-X turbine, the largest commercially available turbine in the world

Located in the North Sea, with each phase more than 130km from the Yorkshire Coast. Onshore construction began in 2020, and offshore construction will begin with turbine installation for Dogger Bank A in 2023.