Number of Offshore Exploration Wells in Norway at 14-year Low 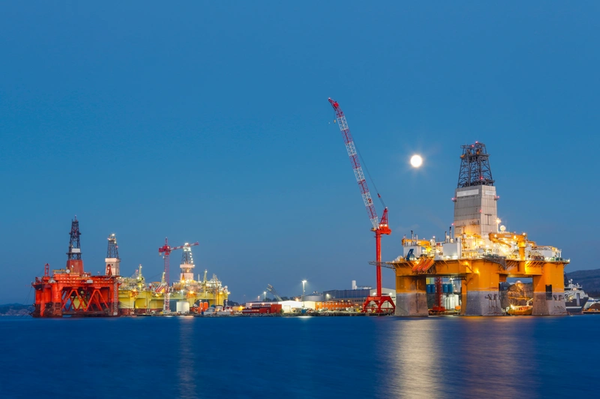 Oil firms are expected to drill just 30 exploration wells off the coast of Norway this year, the lowest level in 14 years as companies seek to manage spending amid a pandemic, the Norwegian Petroleum Directorate (NPD) said on Tuesday.

The search for new oil and gas reserves has dropped from 57 wells drilled in 2019 and lags original projections of around 50 wells.

"The decline in demand for oil and lower prices have led oil companies to reduce their exploration budgets for the year and postpone a number of exploration wells," the NPD said in a statement.

Norway, which last year marked the 50th anniversary of its first oil discovery, has doubled down on a strategy to extend the industry's lifespan, offering vast new acreage for firms to explore despite rising concern over global warming.

But Equinor and other oil firms, including Aker BP and Lundin Energy, announced sharp cost cuts in the early phase of the coronavirus pandemic as they sought to preserve cash and weather the crisis.

"Without new discoveries, oil and gas production could decline rapidly after 2030," said Torgeir Stordal, director of exploration at the NPD.

Western Europe's largest petroleum producer believes yet-to-be-found resources beneath its seabed amount to 3.9 billion cubic meters (bcm), or 24.5 billion barrels of oil equivalent, down from around 4 bcm two years ago, the NPD said.

But to find the resources, exploration must continue at a high pace, the regulator added.

Oil exploration in Arctic waters also faces a test at Norway's highest court, which is set to hear a lawsuit next month by environmentalists claiming the government is breaching a constitutional right to a healthy environment.

Two lower courts have found in favor of the government.