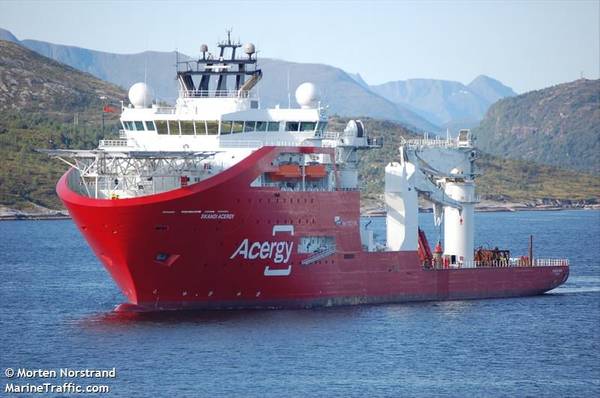 The offshore works include preparatory works at the sites including installation of a temporary mooring system, towing operations, and recovery of risers and mooring systems, DOF subsea said Tuesday.

DOF Subsea will use various vessels from the DOF Group fleet, deploying Skandi Acergy, Skandi Iceman, Skandi Hera in addition to selected third party vessels to deliver the scope. The project has already started and is scheduled to be completed within Q4 2020.

While DOF did not provide details on the project's name nor on the exact location, it's worth noting that the three vessels mentioned by DOF are all currently in the UK North Sea, with Skandi Hera located near Teekay's Petrojarl Banff FPSO.

As previously reported, oil company CNR International (CNRI) in March filed plans for the removal of the Petrojarl Banff FPSO and the Apollo Spirit FSO from its Banff and Kyle fields in the North Sea. Apart from the two floaters, CNRI also said the associated risers and mooring systems would be removed.