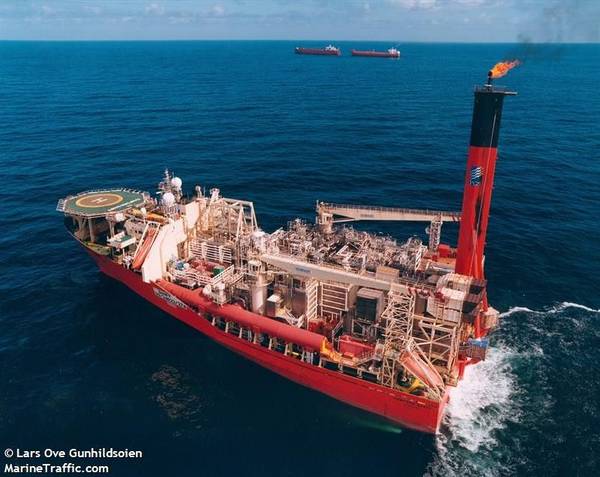 CNR International (CNRI) has filed plans for the removal of the Petrojarl Banff FPSO and the Apollo Spirit FSO, from its Banff and Kyle fields in the North Sea. Apart from the two floaters, CNRI will also remove the associated risers and mooring systems.

The Petrojarl Banff FPSO and Apollo Spirit FSO will be used for the initial decommissioning activities, namely the flushing/deoiling of the subsea infrastructure i.e. manifolds, risers, subsea pipelines and umbilicals, and to support with the implementation of isolations for the subsea wells.

The FPSO and FSO will then not be required to perform any further decommissioning related activities and it is proposed that the vessels are removed from their current locations, CNRI plan reads. 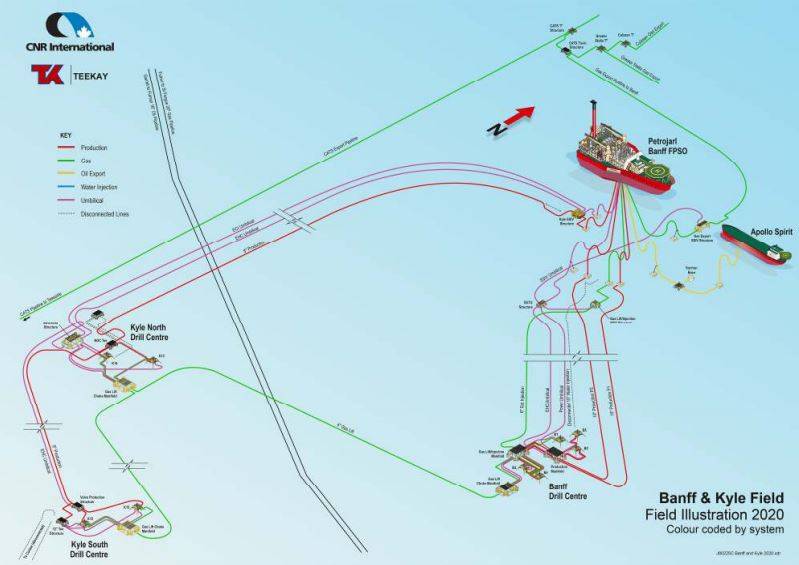 The Banff and Kyle fields are located in the UK Sector of the Central North Sea some 200 kilometers east of Aberdeen in approximately 90 meters - 95 meters water depth. The Banff and Kyle fields are tied back to the Petrojarl Banff turret-moored FPSO. The Apollo Spirit is an FSO vessel, which is moored via a Submerged Turret Loading (STL) system, and it receives processed oil from the Petrojarl Banff via a 12” flexible riser.

Oil is stored in the vessel’s cargo tanks and periodically offloaded to shuttle tankers. The Apollo Spirit has nine cargo tanks, with a total capacity of 910,000 bbl.

A Cessation of Production application for the field was submitted to the Oil and Gas Authority (OGA), with approval granted on 2rd March 2020.

The Petrojarl Banff FPSO operates under a Lease and Operate Contract between CNRI and Teekay.

CNRI has said that after completion of operations at the Banff and Kyle fields, the FPSO unit is to be redeployed or sold. In the event that no viable redeployment or sale opportunities are available, the vessel may be sent for recycling, CNRI said.

Also, the Apollo Spirit FSO operates under a Lease and Operate Contract between Teekay and Ugland Stena Storage (USS). Similarly to the FPSO plan, the FSO unit is to be redeployed or sold, and if no redeployment option is found, it may be scrapped. 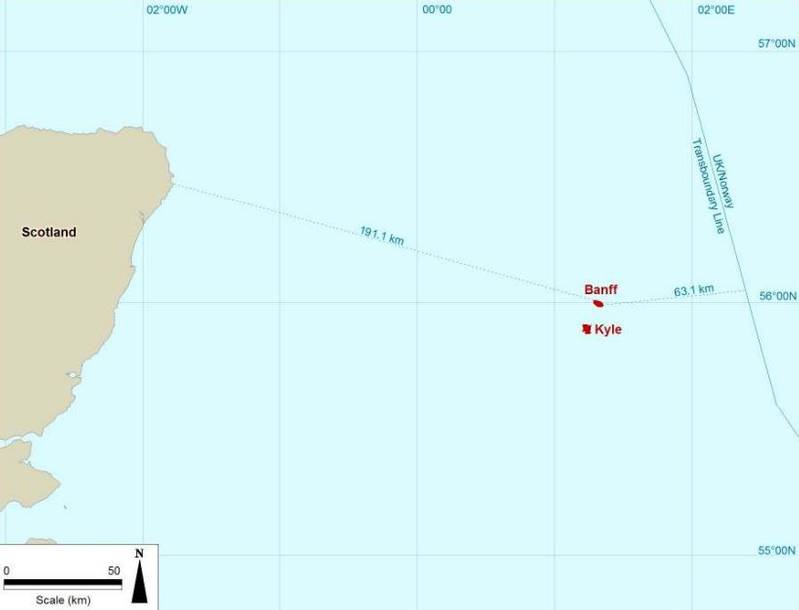