Woodside Blocks Lukoil from Joining $4.2B Sangomar Project Off Senegal 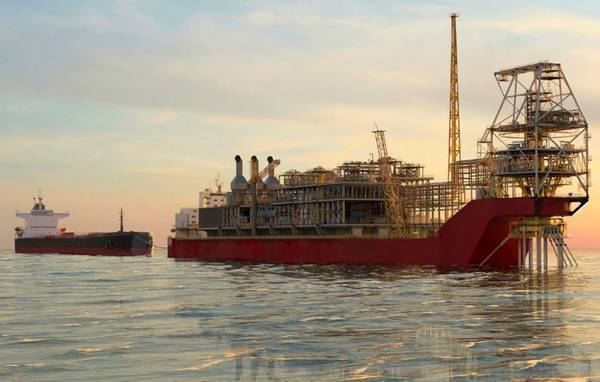 Australian oil and gas company Woodside has blocked Cairn's stake sale in the $4.2B Sangomar development off Senegal to Russia's Lukoil, by exercising its pre-emption rights.

To remind, Lukoil in July signed an agreement with Cairn Energy to acquire a 40% interest in the Rufisque, Sangomar, and Sangomar Deep) - RSSD - project offshore Senegal for $300 million in cash.

The agreement also provided for potential bonus payments to Cairn Energy PLC of up to $100 mln after the start of production from the blocks. The deal would see Cairn exit the project entirely, subject to required JV partner and government of Senegal consents.

However, Australia's Woodside, the operator of the project, said Monday it had given notice exercising its right to pre-empt the sale by Cairn to Lukoil.

Woodside will pay US$300 million, plus working capital adjustments, including reimbursement of Cairn’s development capital expenditure incurred since 1 January 2020.

The deal includes contingent payments of up to US$100 million linked to commodity price and the timing of first oil.

Woodside CEO Peter Coleman said the acquisition represents an opportunity for Woodside to deepen its interest in a well understood, world-class asset with near-term production, while also protecting shareholder interests by removing the potential uncertainty of US sanctions applying to the Sangomar Field Development.

Reuters in July reported that Lukoil was on a U.S. list of sanctioned Russian firms, including for transactions related to deepwater oil projects.

Peter Coleman said: “Progressing the Sangomar Field Development and delivering targeted first oil in 2023 is an important part of Woodside’s growth strategy. Increasing our interest maintains the early momentum achieved since achieving final investment decisions with our joint venture partners earlier this year and will simplify the equity structure for the RSSD joint venture.

"The strength of our balance sheet and our liquidity position have enabled us to take advantage of this opportunity. We will continue to apply our prudent approach to capital and balance sheet management, including consideration over the next 12 months of value accretive reduction in our equity interest in Sangomar. “We look forward to completing the transaction with Cairn and working with all stakeholders, including potential new joint venture partners, to successfully deliver Senegal’s first oil project,” he said.

The $4.2 billion Final Investment Decision (FID) on the Sangomar offshore oil field was taken at the start of 2020 and the field development has kicked off.