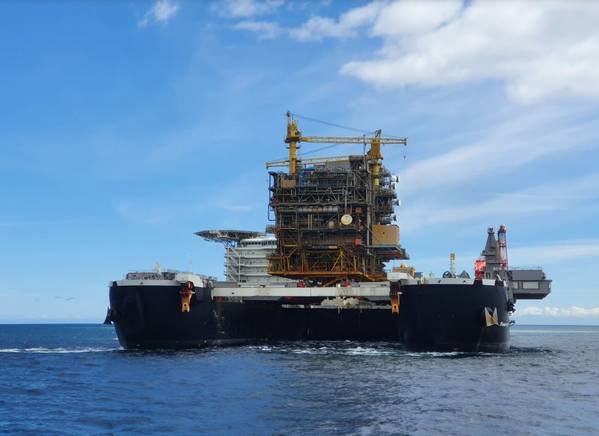 Oil and gas company Noreco has said that the Tyra East and Tyra West integrated processing and accommodation platforms in the Danish North Sea have been safely removed, as part of the Tyra redevelopment project.

Allseas’ Pioneering Spirit vessel has earlier this week removed the 14,000-tonne and 7,780-tonne topsides at Tyra East and Tyra West as the final part of the redevelopment project's decommissioning campaign.

In 2019, production and gas export from the Tyra field was temporarily shut-in. Since then, more than 750 people, primarily from local suppliers in Esbjerg, have prepared the platforms to be removed this summer.

In July, Phase 1 of the Tyra decommissioning campaign was completed when the topsides, including wellhead and riser platforms, were removed by Heerema Marine Contractors’ Sleipnir.

The second phase of the decommissioning campaign consisted of two main lifts of the two integrated accommodation and processing platforms at Tyra East and Tyra West.

Both platforms were removed by Pioneering Spirit, the world’s largest construction vessel. Both topsides were removed in single lifts. The upcoming installation of jackets will complete the 2020 Offshore Campaign.

The Tyra East and Tyra West topsides will be dismantled at the recycling yard M.A.R.S. (Modern American Recycling Services’) in Frederikshavn, and more than 95 percent of the old platforms are expected to be recycled. The recycling of old Tyra is to date the largest offshore recycling project carried out in Denmark.

"Today marks an important milestone for Noreco and our partners in the DUC with the successful completion of the offshore decommissioning campaign. In the Tyra Redevelopment project the safety and health of the workers has been the highest priority. The operator of the DUC, Total, adapted quickly to the challenging market conditions and enabled the project to move forward, completing Phase 1 and Phase 2 based on the initial timeline," said Atle Sonesen, Chief Operating Officer for Noreco.

Image and Videos Courtesy of Allseas