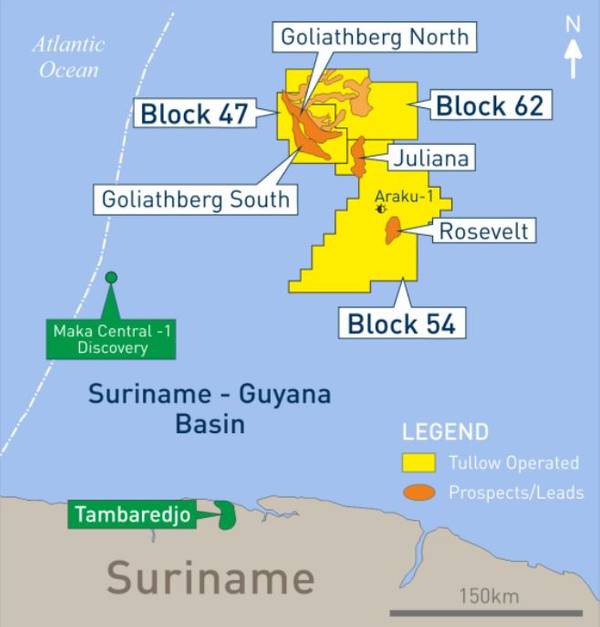 The company said Monday that the drilling of the Goliathberg-Voltzberg North prospect (GVN-1) in the offshore Block 47 is now planned for the first quarter of 2021.

"A rig is expected to be contracted shortly for this Upper Cretaceous prospect," Tullow Oil said Wednesday.

Tullow had previously expected to spud the well in the fourth quarter of 2020, according to its Annual Report 2019 released back in March.

In the annual report for 2019, Tullow said the well would test dual targets in the Cretaceous turbidite play in approximately 1,900 meters of water.

The company has previously said that the block had the potential to extend the Jubilee play from West Africa across the Atlantic to Suriname.

Most notably, the U.S. oil firm Apache has so far this year announced two major discoveries off the South American country's northern coast - Maka Central in January and Sapakara West in April.