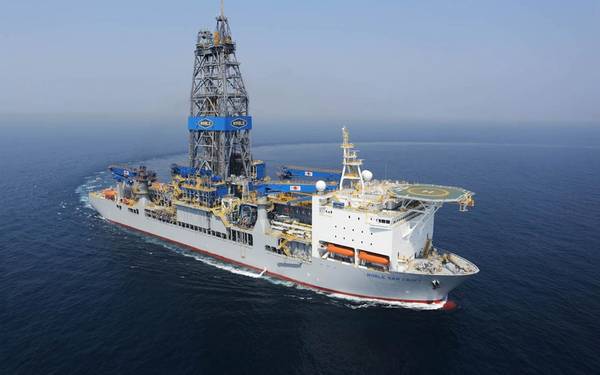 U.S. oil company Apache has said it has made a significant oil discovery at the Sapakara West-1 well drilled offshore Suriname on Block 58. This is the company's second large oil discovery in the country this year. The first was struck in January.

Apache said Thursday that it had drilled Sapakara West-1  to a depth of approximately 6,300 meters (20,700 feet), and successfully tested for the presence of hydrocarbons in multiple stacked targets in the upper Cretaceous-aged Campanian and Santonian intervals. 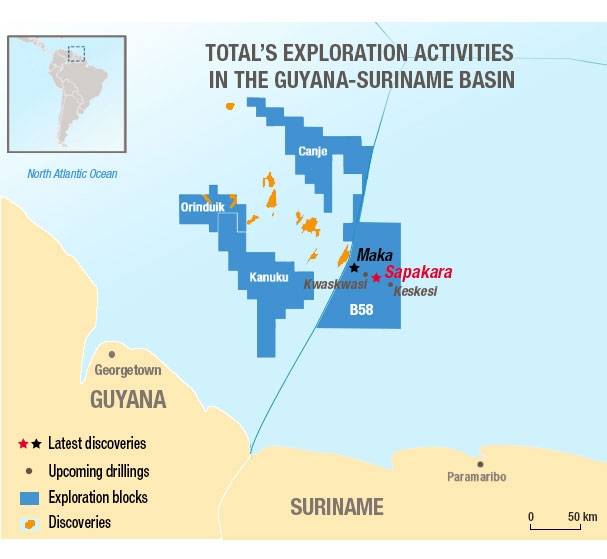 “Our second discovery offshore Suriname this year further proves our geologic model and confirms a large hydrocarbon system in two play types on Block 58. Based on a conservative estimate of net pay across multiple fan systems, we have discovered another very substantial oil resource with the Sapakara West-1 well,” said John J. Christmann, Apache CEO and President.

"Importantly, our data indicates that the Sapakara West-1 well encountered a distinct fan system that is separate from the Maka Central-1 discovery we announced in January this year."

“We are very pleased to announce this second discovery, following from the discovery of oil at Maka Central-1. The results are once again very encouraging and confirm our exploration strategy in this region,” said Kevin McLachlan, Senior Vice President Exploration at Total.

Block 58 comprises 1.4 million acres and offers significant potential beyond the discoveries at Sapakara West and Maka Central. Apache has identified at least seven distinct play types and more than 50 prospects within the thermally mature play fairway.

Upon completion of operations at Sapakara West-1, the Sam Croft drillship will move to the third prospect in Block 58, Kwaskwasi, which is located approximately 10 kilometers (6 miles) northwest of Sapakara West-1.

The fourth exploration target is Keskesi, which will be drilled approximately 20 kilometers (12 miles) southeast of Sapakara West-1.

Apache says that both exploration wells will test oil-prone upper Cretaceous targets in the Campanian and Santonian intervals in reservoirs that appear to be independent from the Maka and Sapakara discoveries.