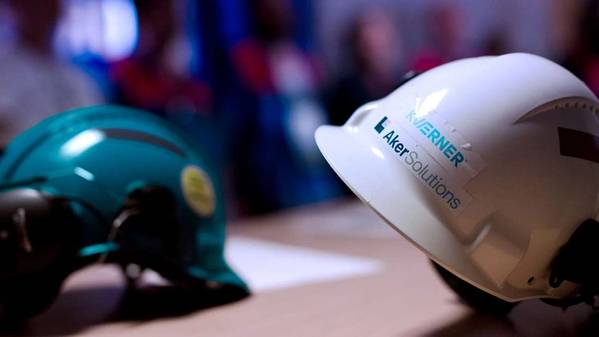 Aker Solutions announced a merger with Kvaerner and a new chief executive on Friday, forming a firm with $4 billion in revenue that will target the growing renewable energy market.

The two oil services firms are controlled by Norwegian billionaire Kjell Inge Roekke via Aker ASA and have been hurt as oil firms cut spending.

"The merger will create an organization with the required size and financial strength to compete and succeed in the growing market for renewable and sustainable energy," Aker Solutions said in a statement.

They aim to grow revenue by 10% per year to 2025 based on an expected 29 billion crowns this year, Aker said.

Revenue from renewable and low-carbon businesses is expected to increase to one-third of the total by 2025.

Shares in Oslo-listed Aker Solutions jumped almost 28% higher while Kvaerner was up almost 6% by 1146 GMT.

"Central to the deal logic is the eye-catching spin-off its wind development business and the carbon capture technology business in separate listings and fundraisings next month, analysts at equity research firm Redburn said.

Aker Solutions plans to spin off its renewable and CCS technology business into two companies and list them on the Merkur Market of the Oslo Stock Exchange.

Aker ASA said it planned to take majority stakes in both spin-offs via a planned private share issue.

Aker Solutions said the merged company would aim to slash its combined fixed costs by 1.5 billion crowns by 2021 versus 2019 and reduce their combined workforce to 15,000 from 18.800.

Part of those cuts has already been implemented.