Rystad: Number of Drilled Wells in 2020 to Hit Lowest Point in Two Decades 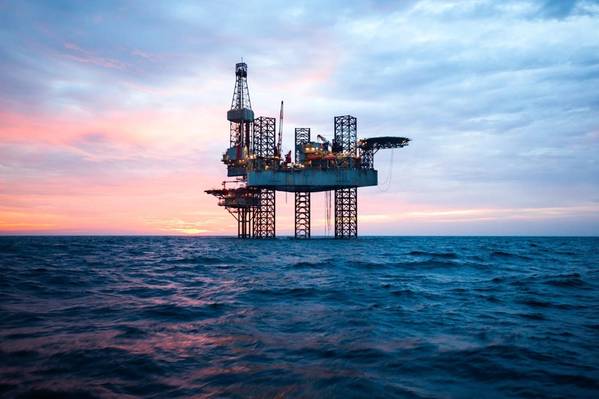 The number of drilled oil and gas wells this year is expected to reach about 55,350 this year, the lowest since at least the beginning of the century, Norwegian energy industry intelligence firm Rystad Energy said. The demand for drilling equipment is also down.

"Our forecast, which extends to 2025, does not find it likely that last year’s number will be met or exceeded within the considered time frame. Drilled wells are expected to partly recover to just above 61,000 in 2021, as governments ease travel restrictions, boosting oil demand and prices. Then numbers will rise further to just above 65,000 in 2022 and remain just below 69,000 until the end of 2025," Rystad said.

North America is likely to be most affected, with the country’s rig count already down to historic lows just a few months into the downturn. Although modest recovery is possible in 2H20, drilling activity will remain more than 50% below the levels seen at the same time last year, Rystad said.

“Both new wells and drilling lengths will be pared down as E&P’s scale down investments, affecting the entire supply chain associated with these services. This includes drilling tools, which will decline by 35% in 2020 compared to 2019,” says Reza Hassan Kazmi, energy services analyst at Rystad Energy. 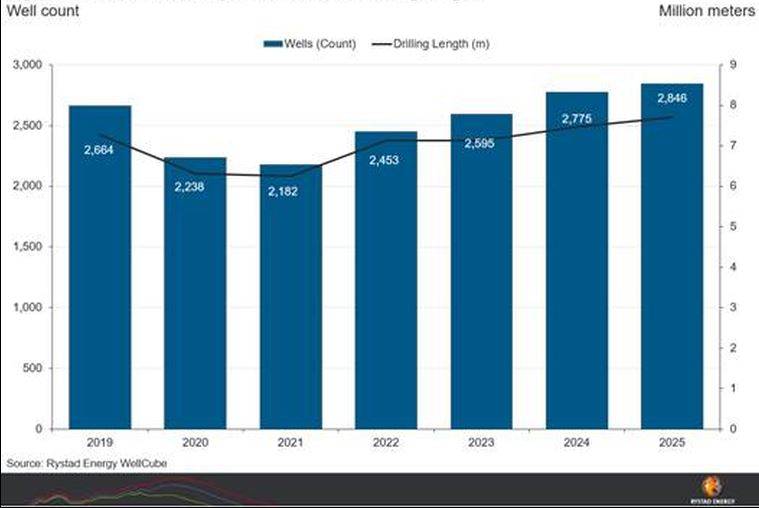 Drilling equipment spending drops by $6B

Drilling length, another key driver for drilling tools, especially for drill pipes, drill collars, heavy-weight drill pipes and drill bits, is also estimated to drop by 25% this year before improving in 2021, Rystad said.

"At a more granular level, such as the regional or country level, the percentage decrease in wells will not always result in a proportional reduction in total drilling lengths, as drilling depths per well could greatly vary between different regions and countries," Rystad explained.

"From the demand standpoint, we expect that onshore and offshore purchases for drilling tools will drop from $16 billion in 2019 to $10 billion in 2020. Besides North America, Africa and Russia will be the biggest contributors to this loss, where purchases will drop by 36% and 27% respectively this year," Rystad said.

Per Rystad, Russian operators are likely to delay the drilling of new wells on mature assets to ensure compliance with agreed production cuts, while Algeria's Sonatrach will cut back most of its spending on projects such as Hassi Messaoud and Tin Fouye-Tabankort.

In the medium term however, as major E&Ps resume developing their lineup of offshore projects in Africa, Rystad expects the demand for drilling tools (especially for drilling risers) to increase.

Overall, onshore markets are expected to recover as early as 2021 and grow at a rate of 7% annually towards 2025, while offshore markets will see some highs and lows and will maintain an overall flattish level towards 2025, Rystad said.

Exciting near term opportunities in Brazil, Australia and China

Despite the overall stagnant growth, Brazil, Australia and China will continue to offer exciting opportunities in the short term with 20% to 40% growth prospects for offshore drilling in these countries while the United Kingdom, Guyana and Mexico look promising in the medium to long term.

The United States remains the hotspot for spending on drilling tools onshore, while Norway is expected to top the list for offshore drilling tools spending.

In the onshore market in the US, more than 80% of spending on drilling tools will be spent on shale drilling. The Permian and the Appalachian basins will drive 60% of total shale spend on drilling tools followed by some conventional activity in other basins. Off the coast of Norway, Troll, Balder/Ringhorne and Johan Sverdrup will drive the demand for drilling tools, Rystad said. 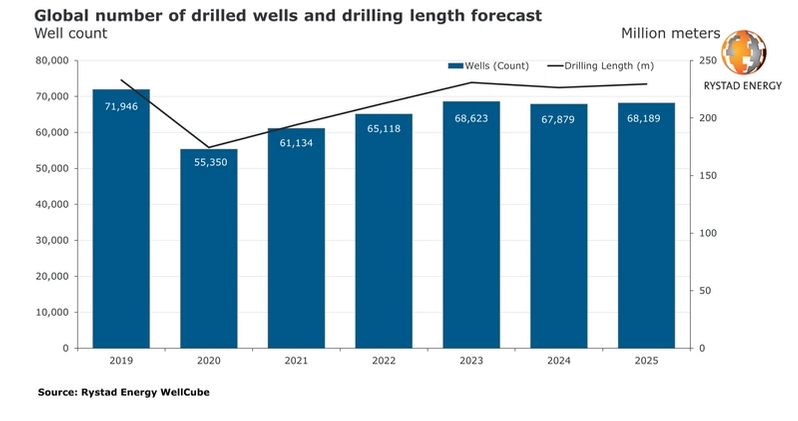