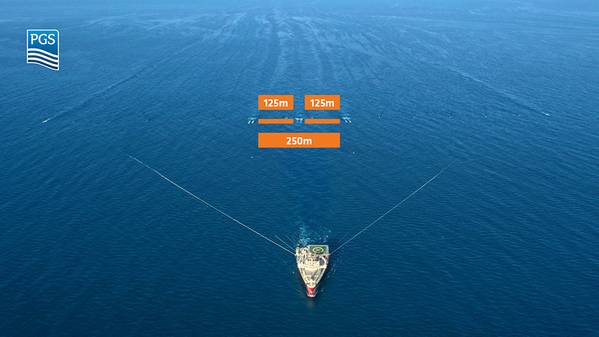 Norwegian seismic company PGS has siad it has completed its second successful GeoStreamer X seismic survey in the Viking Graben, in the North Sea, off Norway, using its Ramform Vanguard vessel, and breaking some records in the process.

"The Norwegian exploration industry needs improved data quality in this area, to address a number of challenges. PGS has addressed this with a novel and efficient multi-azimuth towed-streamer solution and bespoke imaging workflow,” Myhr said.

PGS said that fast track data from the survey would be ready in Q4 and with final PSDM results expected to be available Q2 2021.

According to the company, its GeoStreamer X solves known illumination challenges on the Viking Graben associated with sand injectites, such as injectites cemented with anomalously high velocities (so-called ‘v-brights’), and injectites with reservoir potential that definitely require better illumination.

"On this year's Viking Graben survey the ultra-near offsets were achieved with the wide-tow sources yet, achieving a record of 250 m between outer sources. This efficient solution is the widest ever towed from a single vessel, The dense streamer spread included several long streamer tails that will provide the needed offset for optimal FWI at depth," the company added.