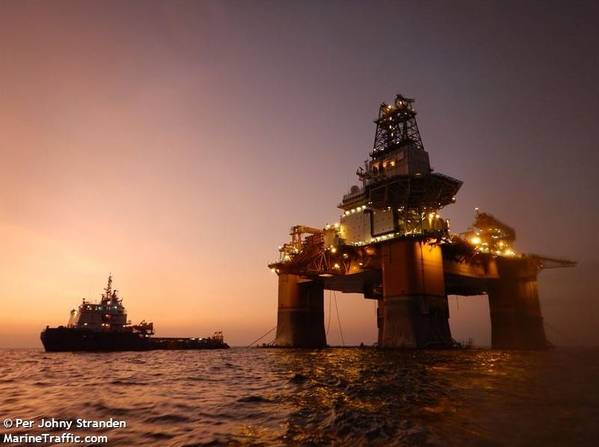 As reported in May, Total and Odfjell Drilling agreed to keep the Deepsea Stavanger idle for a while in Norway due to the COVID-19 situation and travel restrictions, delaying further the South Africa drilling start-up.

The rig's owner Odfjel Drilling, and  Africa Energy Corp. - Total's partner in the S. Africa Block 11B/12B - on Thursday said the offshore drilling rig had started mobilization from Norway and had departed Bergen to start the multi-well campaign in South Africa.

Garrett Soden, Africa Energy Corp. CEO said: “We are excited to begin the next phase of exploration drilling on Block 11B/12B offshore South Africa. The Odfjell rig is mobilizing from Norway to South Africa in order to spud the Luiperd-1 well by September. Luiperd is the largest prospect in the Paddavissie Fairway and has been de-risked by the nearby Brulpadda discovery and subsequent 3D seismic work.”

Deepsea Stavanger drilled the basin-opening Brulpadda oil and gas discovery on Block 11B/12B in February 2019.  The discovery is estimated by Rystad Energy to hold 500 mboe to 600mboe.

Block 11B/12B is located in the Outeniqua Basin 175 kilometers off the southern coast of South Africa. The block covers an area of approximately 19,000 square kilometers with water depths ranging from 200 to 1,800 meters.