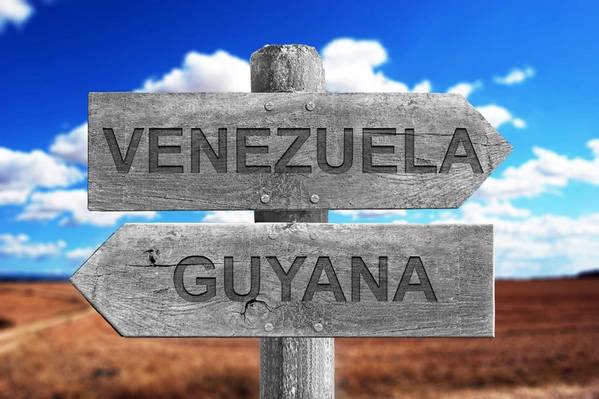 Guyana on Tuesday asked the World Court to confirm the demarcation of its land border with Venezuela, part of a long-running dispute between the South American neighbours with potential implications for offshore oil rights.

Representatives of Guyana asked judges at the United Nations court, formally known as the International Court of Justice (ICJ), to confirm that the border was laid down in an 1899 arbitration between Venezuela and the then-colony of British Guiana.

"We are here today because contrary to international law and to the biding award of 1899, our neighbour to the west (Venezuela), has cultivated a nationalist passion to...lay claim to almost three quarters of Guyana," Guyana's representative before the court, Shridath Ramphal, told judges.

Venezuela did not respond as it is not participating in the proceedings. It argues the ICJ does not have jurisdiction.

The dispute over the territory - a massive, sparsely populated area west of Guyana's Essequibo River - was revived in recent years after oil was discovered offshore.

In 2018, Venezuela's navy intercepted an Exxon ship exploring for oil on behalf of Guyana in waters that are jointly claimed by the two countries.

The ICJ is the United Nation's court for resolving disputes between states.

Looming Strike Could Close 22% of Norwegian Oil and Gas Output