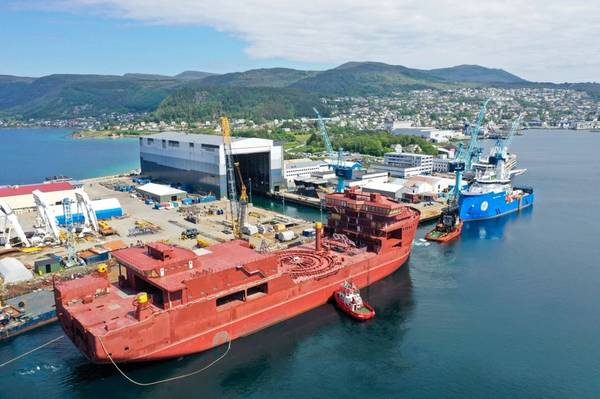 Norway's Ulstein is set to begin the outfitting phase of the Nexans Aurora, a large, DP3, cable laying vessel (CLV) Nexans ordered from Ulstein in 2018.

The Nexans Aurora hull arrived Ulstein Verft on Monday, June 15, 2020, after having been built at CRIST, Poland. The hull will now be towed into the dock hall at Ulstein Verft before activities such as outfitting, electrical work, insulation, and piping start.

Ulstein Verft will also install the main components such as the main generator set, the power package, deck machinery, winches and topside equipment.

The Nexans Aurora is measuring 149.9 meters in length and 31 meters in the beam. It will be prepared for vertical lay operations and complex subsea construction tasks in deep waters in addition to the principle built in structural and system capacities and flexible design features to allow easy adaptation to customer’s future needs.

The cable layer, being built to mainly serve the offshore wind industry, will be equipped with a large capacity cable handling spread including a 10,000 t split turntable with dual product lay lines.,

The contract calls for Nexans to design, manufacture, and install the high voltage (HV) onshore and offshore export cables. The export cables will be installed by the Nexans Aurora. The vessel is expected to be delivered in the second quarter of 2021. 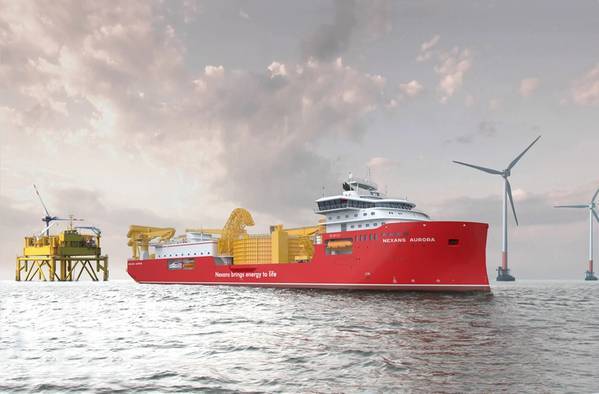