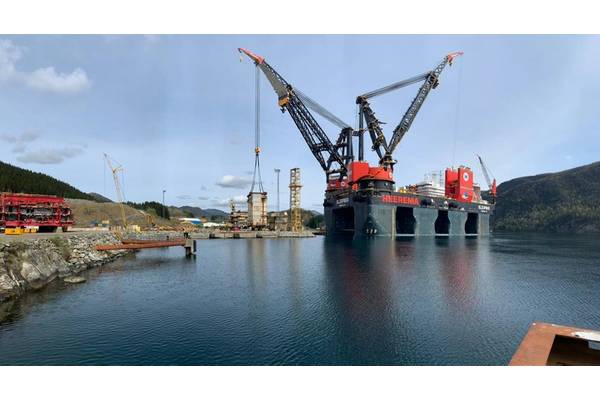 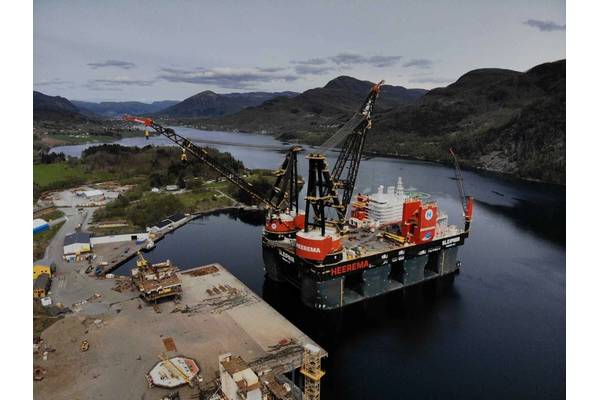 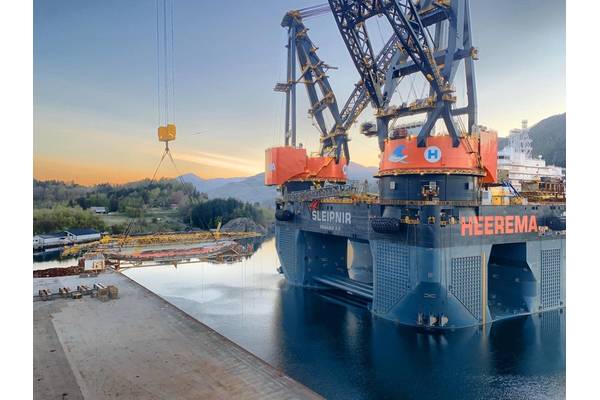 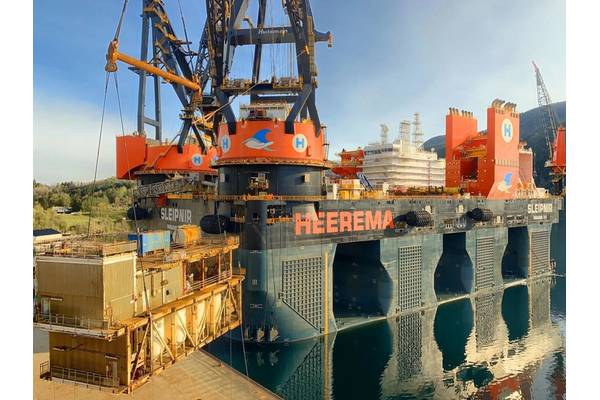 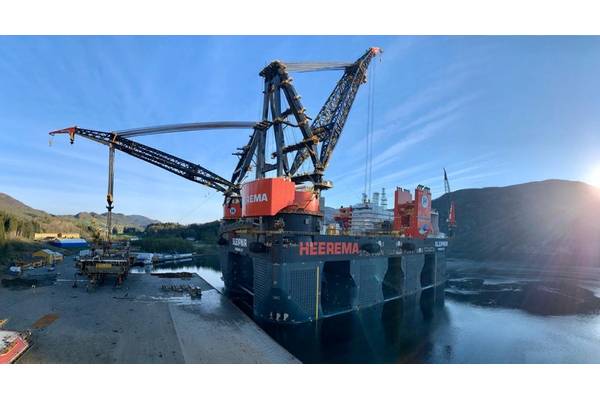 The vessel, which has been around for almost a year, has so far mostly conducted installation works, such as the recent lifting of the 740-tonne topside module for the Nova development project aboard the Neptune-operated Gjøa platform, or last year's installation of the Leviathan topsides offshore Israel.

This time, the vessel was tasked to decommission ConocoPhillips' Ekofisk 2/4A platform offshore Norway.

"The decommissioning of the Ekofisk 2/4A platform is the final stage of an important story in Norway's energy history. The permanent production platform was the oldest on the Norwegian shelf when oil production ended in September 2013. Now the Ekofisk 2/4A platform will be recycled up to 99% at the AFEBV decommissioning site in Vats, Norway," Heerema Marine Contractor said Tuesday.

Heerema Marine Contractors said that the topsides campaign entailed Engineering, Preparation, Removal, and Disposal/Recycling of five modules, a crane boom, and a burner boom within the Greater Ekofisk Field.

Heerema also developed a dedicated subsea excavator to prepare the jacket for removal later this season by Sleipnir.

The $1.5 billion semi-submersible crane vessel delivered last year was built by Singapore's Sembcorp Marine and is the world's first construction vessel powered by liquefied natural gas (LNG). During the decommissioning project, Sleipnir ran on LNG when next to the platform.

What is interesting is that Heerema's Champion vessel installed the same modules for ConocoPhillips at the Greater Ekofisk Field in the 1970s.

"We are proud that we could again work with ConocoPhillips in the Greater Ekofisk Field, and that the project was executed safely and with no environmental impact. We look forward to continuing with the removal of the platform's jackets later this year," Heerema Marine Contractors said.