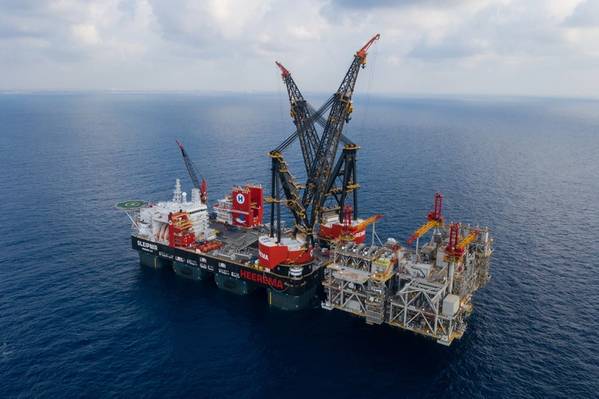 The topsides for Noble Energy’s Leviathan development in the Mediterranean were installed this weekend by the world's largest crane vessel, offshore contractor Heerema Marine Contractors announced.

Sleipnir installed the Leviathan development’s two main topsides with a total weight of 24,500 metric tons in less than 20 hours, Heerema said, adding that one of the lifts, at 15,300 metric tons, marks a world record for a crane vessel.

The platform topside decks are located approximately 10 kilometers from the shore in a water depth of 86 meters. 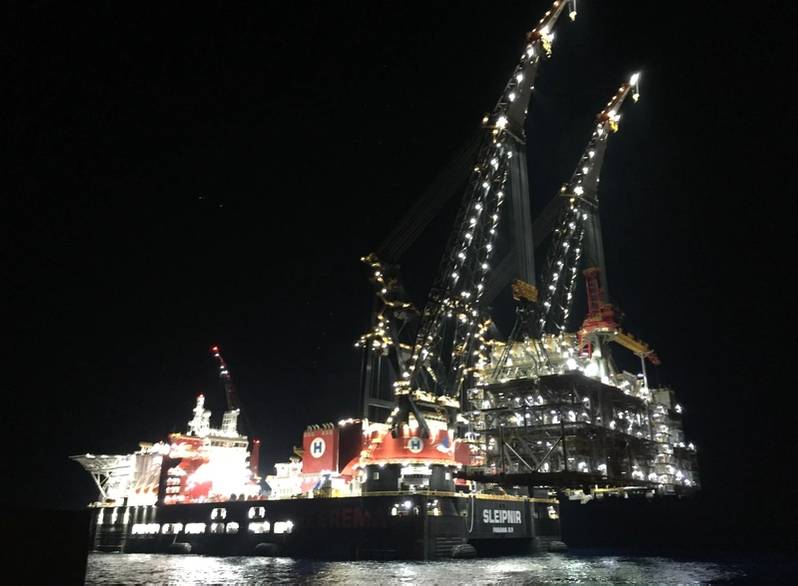 Heerema’s CEO Koos-Jan van Brouwershaven, said, "Sleipnir is a unique vessel. It is LNG-powered and thus climate friendly. And our client enjoys the benefits. Because lifting larger modules means less time involved and therefore a smaller budget will suffice for a job."

Noble Energy’s VP of Major Projects George Hatfield, said, "The long and successful relationship between Noble Energy and Heerema continues with the safe and efficient execution by Sleipnir and her team. As always, Heerema’s commitment to provide operational excellence can be seen throughout this project."

The Leviathan field, which holds 33 trillion cubic feet (Tcf) of natural gas resources in place (22 Tcf recoverable), was discovered in December 2010, 125 kilometers west of Haifa, Israel, and is one of the world's largest natural gas finds in the last decade.

Noble Energy said the $3.75 billion Leviathan development – the largest energy project in Israel's history – is on schedule to deliver commercial gas sales to the Israeli domestic market and regional markets before the end of 2019.

With a total production capacity of 1.2 billion cubic feet of natural gas per day (Bcf/d), Leviathan will more than double the quantity of natural gas flowing to the Israeli economy today.

Natural gas from the Leviathan field will be transmitted through two 120-kilometer subsea pipelines directly to the Leviathan Platform. Natural gas will be processed at the platform before the treated gas and stabilized condensate flow from the platform through a northern entry pipeline connected to the INGL (Israel Natural Gas Lines) national gas transmission system, as defined in the National Outline Plan. 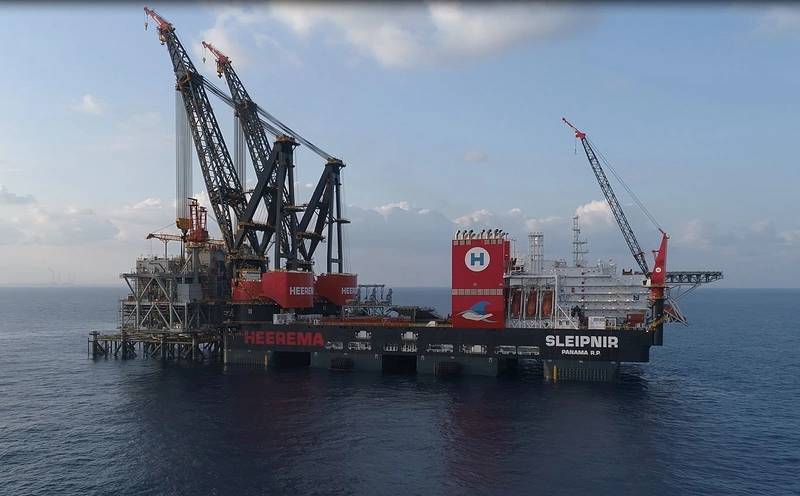