Petronas Farms Out Part of Suriname Offshore Block to Exxon 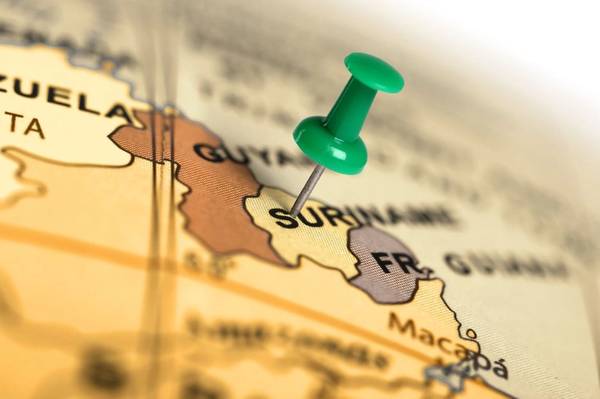 Malaysian oil and gas company Petronas has completed the farm-down of a 50% stake in an offshore Suriname block to a subsidiary of ExxonMobil.

The offshore block, known as Block 52, is located north of the coast of Paramaribo, Suriname’s capital city, and is situated in the prospective Suriname-Guyana basin where several major hydrocarbon discoveries were made recently.

Following the farm-down, Petronas will remain the operator of Block 52 with a 50% stake, while ExxonMobil will the remaining 50 percent. Petronas did not share any further details on the terms of the farm-out.

Petronas' Vice President of Exploration, Emeliana Rice-Oxley said: “Our upcoming exploration activities for Block 52 will involve the drilling of a well in Q3 2020, in addition to acquiring new 3D seismic data utilizing the latest technology, covering the whole block to further evaluate the block’s upside potential. We look forward to this partnership with ExxonMobil and are determined to continue with the success story on hydrocarbon discoveries in the basin.”

ExxonMobil has put the region on the world's oil map as it has over the past few years made 16 oil discoveries totaling more than 8 billion barrels of oil equivalent in nearby Guyana.

As for Petronas, the company said that it had in 2016 drilled the Roselle-1 well in Block 52 "which provided crucial subsurface information and data on the petroleum system of the area."

"Subsequent detailed analysis carried out by PSEPBV indicated that Block 52 contains multiple geological play types and is within the favourable fairway for hydrocarbon generation and accumulation. The recent oil discoveries in an adjacent block further support this assessment," the company said.

To remind, U.S. oil company Apache in April said it had made a significant oil discovery at the Sapakara West-1 well drilled offshore Suriname on Block 58. This was the company's second large oil discovery in the country this year. The first was struck in January.