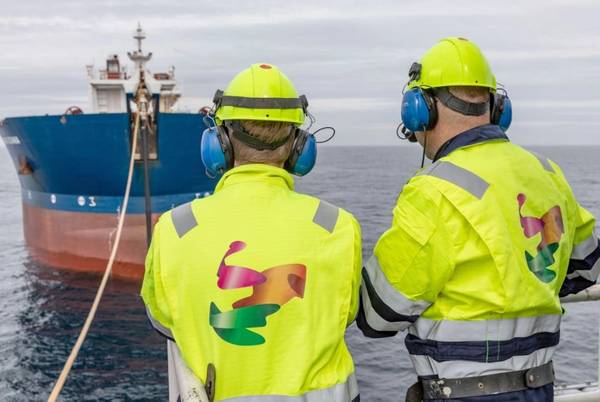 Aker BP will cut its quarterly dividend payments by two-thirds due to the COVID-19 pandemic and the plunge in crude prices, the Norwegian oil firm said on Wednesday after reporting a better-than-expected first-quarter core profit.

Earnings before interest, tax, depreciation and amortization (EBITDA) came in at $666 million, compared with $539 million a year ago, outperforming a $617 million forecast in a Refinitiv poll of analysts.

"The board has decided to retract the current dividend plan in order to retain financial flexibility and position the company for future value accretive organic and inorganic growth opportunities," Aker BP said in a statement.

It will pay out $70.8 million as quarterly dividend in May, one-third of the company's previously guided amount, and expects to keep the same level for the rest of the year, so that overall payments will amount to $425 million in the annual year.

Aker BP, 30% owned by BP, had originally planned to pay out $850 million this year, including a $212.5 million payment made in February.

"Each quarterly dividend decision will, however, be subject to a holistic assessment of all relevant factors, including oil prices, the COVID-19 situation and the company's financial position," Aker BP said.

The original plan, set out last year, had been to increase dividends by another $100 million each year until 2023.

"The company will revert with a new long-term dividend policy when market conditions allow," it said.

Aker BP's reported a pre-tax loss of $414 million due to $654 million of impairments related to the oil price crash in the first quarter, in line with the previous outlook.

North Sea crude oil prices fell to just $16 per barrel in late April, the lowest in more than 20 years and down from $70 at the start of 2020, but have since partly recovered to above $30 per barrel.

Aker BP, however, maintained its plan to produce 205,000-220,000 barrels of oil equivalent per day (boepd) this year despite the Norwegian government's decision to slash output in support of the OPEC+ effort to bring down global supply.

Its first-quarter petroleum production stood at a record of 208,100 boed.

The company has an 11.6% stake in the Equinor-operated Sverdrup field, which reached its phase-one production plateau of 470,000 boed in April, more than originally projected.

The company has previously said it would cut its 2020 capital spending by 20% to $1.2 billion, drill fewer exploration wells, put on hold all non-sanctioned projects, and postpone maintenance to preserve cash.