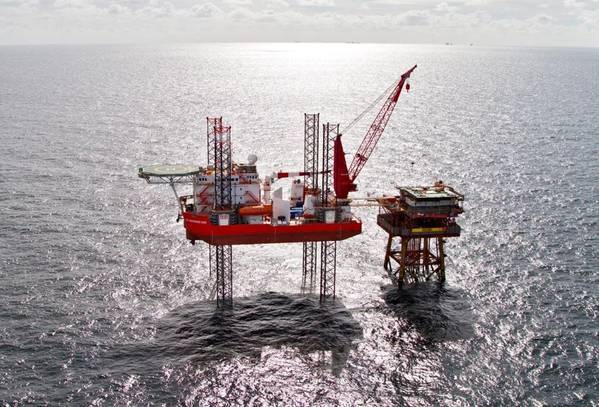 Seafox on April 30, 2020, announced an unsolicited and non-binding approach to acquire the entire issued and to be issued share capital of Gulf Marine Services. Seafox made the proposal, citing "recent trading and share price volatility in relation to GMS."

The proposal was for a possible cash offer for the entire issued and to be issued share capital of GMS by a wholly-owned subsidiary of Seafox, at a value of US$0.09 per GMS ordinary share.

In a statement on Sunday, May 4, GMS said it had consulted widely with GMS's stakeholders and reviewed the Seafox Proposal with its financial advisers, and its board then decided to unanimously reject the Seafox proposal.

GMS said that its board was confident in future value creation as an independent company and that the Seafox Proposal was "wholly opportunistic."

The company said it is performing well, management and the Board have been strengthened, the company has been refocused and streamlined, new business has been secured with eleven new contracts since the start of 2019 and the backlog stands at US$240 million.

Further, GMS said its cost base had been significantly reduced - the 2019 cost-saving program delivered US$13 million on an annualized basis against an original target of US$6 million, and that adjusted EBITDA for Q1 2020 is ahead of the Company's 2020 Business Plan.

Also, GMS said all available vessels in the fleet were contracted - with secured utilization for 2020 of 76% versus 69% in 2019, and that an agreement was reached with lenders over debt restructuring.

"In-principle agreement with lenders has been reached on revised terms for a restructuring of our bank debt including access to existing term loan facilities and new working capital facilities, which will provide a firm financial platform to move the business forward through 2020 and beyond.  Full documentation is expected to be completed such that new facilities are available to the GMS group by 30 June 2020," GMS said Sunday.

The London-listed jack-up specialist said the approach by Seafox was "wholly opportunistic": "The Seafox Proposal comes at a time of significant macro uncertainty caused by Covid-19. This has resulted in depressed share prices globally, particularly in the Energy sector, and it has, the Board believes, resulted in the Company's shares trading at all-time lows recently"

"Seafox voluntarily chose to announce the Seafox Proposal the day before GMS updated the market on its 2019 results and on the significant recent progress within the business," GMS said.

It said: "The Seafox Proposal has been made just a short time before the planned conclusion of the documentation of our amended bank facilities."

GMS, a provider of offshore service units for the international oil and gas and offshore wind industries said the Seafox Proposal fundamentally undervalued GMS, valuing the company's equity "at only US$32 million."

Tim Summers, Executive Chairman of GMS, today said: "Operationally and commercially, GMS is in much better shape today than it was 12 months ago.  The company is performing well notwithstanding the difficult environment; we have reduced costs and we will continue to reduce them further in 2020.  We have agreed in principle a deal with our banks that provides the company with long-term financial stability.

"The Board remains highly confident in the future success of the company.  Now is not the time for shareholders to sell at a price that is far below the true worth of GMS."

Responding to GMS' rejection of its proposal Seafox said it believed that COVID-19 impact for oil demand would lead to oil price weakness for the foreseeable future, and to cuts in oil companies' capex, and thus would "likely to lead to delays in new contract awards together with the possible cancellation or renegotiation of contracts that have already been awarded."

"A combination of the above factors leads Seafox to believe that GMS' secured backlog of US $240 million as at 31 March 2020 may face some deterioration, especially in the short and medium-term, as a result of client requests for discounts and possible early termination. This would obviously have a negative impact on GMS' 2020 and 2021 EBITDA, which Seafox believes is the reason for GMS' lack of published guidance," Seafox said.

Seafox said that GMS had a strained balance sheet with a net debt of US $390 million and a net debt to Adjusted EBITDA multiple of more than 7.5x as at 31 December 2019.

"GMS' agreement with its lenders to restructure its debt facilities announced on 31 March 2020  has extended the Company's runway to execute its business plan, but requires significant deleveraging to avoid warrants being issued and/or PIK interest being incurred to GMS' syndicate of banks (in each case under the terms of the A&E Agreement)."

"Without Seafox's support - both for its pro rata portion or for additional shares - the chances of GMS achieving a substantial equity raise is highly uncertain. It is Seafox's view that any capital raise would, at best, be highly dilutive to existing shareholders. Should GMS be unable to secure sufficient equity investment and if the warrants are issued and/or PIK interest is incurred, this will severely depress returns for GMS' shareholders," Seafox said.

"Seafox is keen to support GMS strategically rather than solely financially. However, in the event that an offer is made on the same terms as the Proposal or otherwise and such offer is unsuccessful, then Seafox would not be supportive of any future equity raise by GMS," the Dutch company added.

"Despite all of these challenges, Seafox made its Proposal to GMS because it believes it can achieve value through synergies and cost savings and not because the current GMS fleet cannot be replicated at a lower cost than the current enterprise value of GMS. It is Seafox's view that it can replicate (or indeed improve upon) the GMS fleet, at a lower cost not only to the book value of the GMS vessels, but also to the value implied by GMS' enterprise value. If Seafox's Proposal is rejected, then an efficient strategy to deploy its capital would be to acquire new such vessels on its own balance sheet," Seafox said.

Seafox said that the rationale for its stemmed solely from the synergies and cost savings which would be achieved through a review of any duplicative functions and roles in both head offices, a reduction in operating expenses attributable to each GMS vessel as a result of Seafox's relationships and buying power with third-party service providers and removal of GMS' listing functions and costs (assuming a delisting of GMS).

"Seafox attaches great importance to retaining the skills, knowledge and expertise of GMS's operational teams and employees who would continue to operate the vessels under Seafox ownership," Seafox said.

"Seafox is requesting shareholders to support its Proposal and any offer which may be made on the same terms as the Proposal or otherwise, as it offers shareholders a substantial premium to the price of GMS prior to Seafox's approach; offers certainty in light of the business and market challenges GMS has been facing and continues to face;  avoids the requirement to participate in an equity raise and the substantial dilution of existing equity that would accompany any equity raise; and in the alternative, removes the exposure to the risk of warrants or preferential securities being issued and/or PIK interest being incurred to GMS' syndicate of banks," the company said.