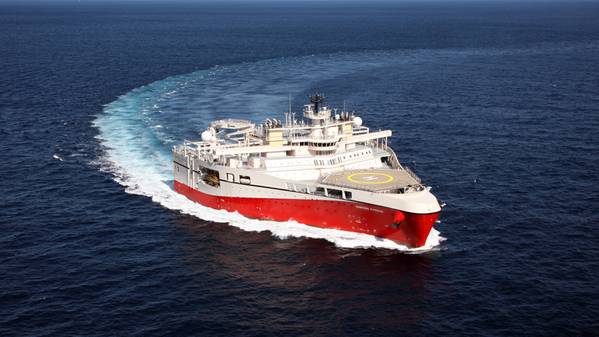 Norwegian offshore seismic surveyor PGS has said that the coronavirus pandemic and the disruption in the oil market present unprecedented challenges for the offshore services industry, including the marine seismic industry.

PGS expects the low oil price will have a material adverse impact on demand for seismic services and activity levels.

"However, most processes to conclude contract negotiations have since early March been substantially delayed or resulted in postponement of projects," PGS said.

The seismic data acquisition firm has, as pretty much everybody in the oil industry these days, extended offshore stays for its crews in response to coronavirus, and said it would cost cuts, including cold stacking of vessels.

"So far, PGS has been able to continue vessel operations without interruptions. Short-term, severe logistical challenges caused by travel restrictions and quarantine provisions impacting crew-changes have been resolved by canceling all crew changes since March 18, with all crews continuing on a second full rotation. The extended crew periods will start coming to an end in the latter part of April, and the company believes it will be able to find viable methods for crew rotations."

"The company is implementing substantial cost and capital expenditure measures to meet an expected significant revenue reduction. Details relating to such measures will be provided in connection with the Q1 2020 earnings release on April 23, 2020," PGS said.

PGS has said it has decided to cold-stack two of the eight currently operated 3D vessels early in Q2, after completion of current projects.

Cold-stacking means that PGS does not expect to secure new contracts for the vessels for the foreseeable future, the vessels will be left idle, crewless and without seismic equipment.

It did not say which vessels would be stacked.

"Further capacity adjustments will be evaluated on an ongoing basis," PGS said.

"PGS completed a successful refinancing earlier this year and currently has a substantial liquidity reserve. In order to maintain a strong liquidity position while experiencing uncertain market conditions, the company believes that it may later in the year be prudent to seek extensions of the revolving credit facility (RCF) reduction scheduled for September and/or other scheduled debt amortization.

"The Company has drawn all of its RCF to hold its liquidity reserve in cash," It said, adding that it is revising its guidance and outlook statements published at the capital markets day on January 30."

Another Oslo-listed seismic company, Polarcus, earlier this week said it would reduce workforce and employees' salaries, and warm-stack survey vessels, as a response to the uncertainty marine seismic industry is facing in the wake of the coronavirus pandemic, and the current low oil prices.

Polarcus on Tuesday evening announced cost-cutting measures, which the company expects to save it $15 million in 2020.

These include reducing personnel costs onshore and offshore by approximately USD 6.5 million through a combination of redundancies and a reduction in base salary for Polarcus employees for six months effective April 1, 2020. Polarcus recently lost two survey deals in Africa in Asia.

Offshore survey firm EMGS last week said it would terminate all employees and consultants except for a skeleton crew, which will continue to service the multi-client late sales and consulting market and form the basis for a future scale-up.

The move followed contract cancellations with Pemex and BP in Mexico, and Senegal, respectively.