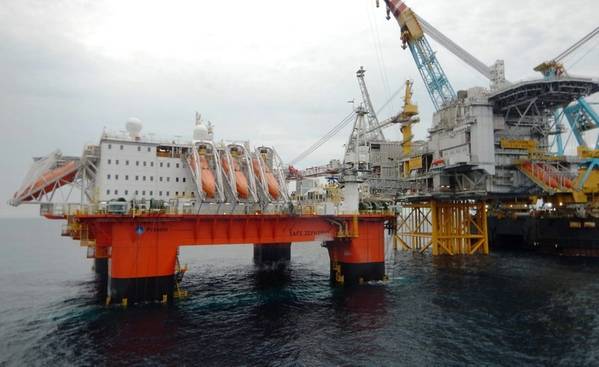 Offshore accommodation specialist Prosafe’s Safe Zephyrus accommodation rig has been contracted in support of the redundant subsea tank removal and safe re-habitation of the Thistle Alpha platform in the UK North Sea.

As previously reported, the Enquest-operated Thistle Alpha was shut in October 2019, and workers were evacuated after a subsea inspection found a deterioration in the condition of a metal plate connecting one of the redundant storage tanks to the facility’s legs.

Commenting on the contract award for the Safe Zephyrus accommodation rig, Jesper Kragh Andresen, CEO of Prosafe says: "The mobilization of the Safe  Zephyrus for this project shows the ability for operators to effectively use a capable and versatile accommodation vessel to support offshore activities, even  if for a short period.”

"Synergies with the existing contract commencing May 1, also in the UK sector, will allow for a seamless transition meaning it's a win-win and Prosafe are extremely pleased to work with a new client."

As previously reported, the accommodation unit is scheduled to go on a contract with Shell in the UK North Sea, starting on May 2, 2020.

Safe Zephyrus is a DP3 semi-submersible accommodation, safety, and support rig offering accommodation for 450 persons. The rig most recently worked for BP at Clair Ridge in the West of Shetland, on a contract which ended in October 2019.