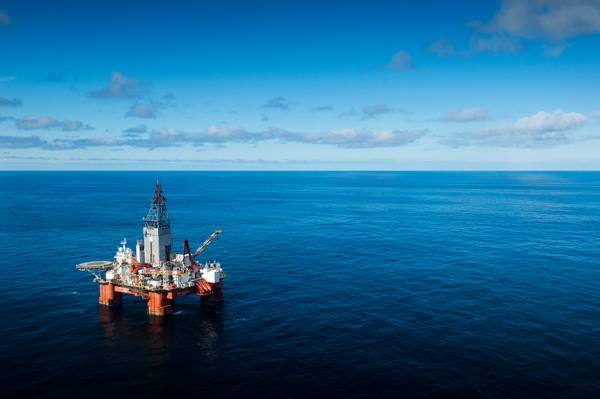 Equinor Energy has received approval from the Norwegian Petroleum Directorate to drill a wildcat well in the North Sea, offshore Norway.

The company will use the West Hercules semi-submersible drilling rig to drill the Gabriel prospect exploration well formally named well 35/10-5.

The well is located in the production license 827 S. Equinor operates the offshore block with a 70% stake, with DNO holding the remaining 30 percent.

Production license 827 S was awarded on 5 February 2016 (APA 2015). This is the first well to be drilled in the license. Water depth at the site is 367 meters. The well will be drilled about 11 kilometers southwest of the Vega field.

Equinor in November 2019 received regulatory approval from the Petroleum Safety Authority Norway for the same well.

As for the drilling rig, it is owned by Seadrill. Equinor has recently used it to drill a well in the North Sea, aimed to determine the suitability of the reservoir in the Johansen formation for CO₂ storage, as part of the Northern Lights project.

The preliminary results from the well have been positive.