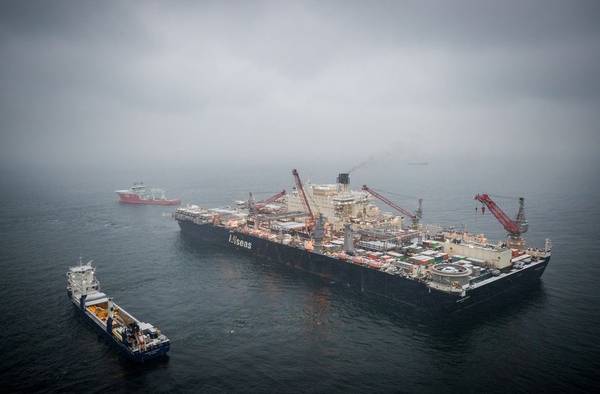 In a move that might make some nervous, the United States — through its “strategic” investment arm, the newly enlarged International Development Finance Corporation — has announced plans to invest USD 1 billion on unspecified European energy projects.

The caveat, judging by Tweets from Secretary of State Pompeo and his online Munich Security Conference Speech titled, The West is Winning, is that the projects ought to ward off Russian and Chinese influence.

Pompeo said the energy security of Poland and its neighbors was largely the target of financing that could include help for offshore wind and oil and gas projects by Polish energy champion, PGNiG, or complementary “North-South” gas infrastructure, as CNBC suggests.

“We intend to provide up to 1 USD billion in financing to Central and Eastern European countries … Our aim is quite simple. It is to galvanize private sector investment in the energy sector to protect freedom and democracy around the world,” Pompeo said in a videotaped address.

The Finance Corp. is the successor agency to OPIC, the Overseas Private Investment Corporation. It’s known mostly for African energy projects, including providing USD 430 million in insurance last November to ensure investors stayed interested in the FID that would enable Noble Energy to restore a 90-kilometer offshore pipeline from Israel to Egypt.

The Corp. might also play a role in providing guarantees that’ll keep Angola’s oil-law reforms and offshore projects on-track, both potential keys to keeping the oil majors interested in the deepwater oil province. Both Pompeo and the Corp.’s CEO were recently in Angola, where Chinese finance for offshore oil and gas has gathered pace.

Critics of foreign aid tend to say that it distorts regional markets and sometimes keeps unsavory regimes in power, the opposite of the Corp.’s stated aims.

Indeed, two years ago, U.S. President Donald Trump, like Pompeo, linked Polish and Baltic countries’ energy security to U.S. LNG imports. Pompeo’s speech is sure to raise the ire of German offshore and domestic gas players invested in the Russian-German, Nord Stream 2 gas pipeline, which — along with its supply chain — has been hit by U.S. sanctions.

he German retort to this was, understandably, “European energy decisions are made in Europe, not in Washington.”

In all, Finance Corp. is understood to have USD 3.2 billion in energy projects involvement worldwide, although it mostly supplies guarantees (insurance) and other debt-financing.

Still, the Corporation’s first CEO, Adam Boehler, will oversee an investment chest that has doubled to USD 60 billion over the former OPIC’s financial impact.

The Finance agency’s stated aim is to be “strategic” with the money. “Aggressive” Russian geopolitical moves and “bullying” Chinese loans are the stated targets of the financing the Corp. brings.