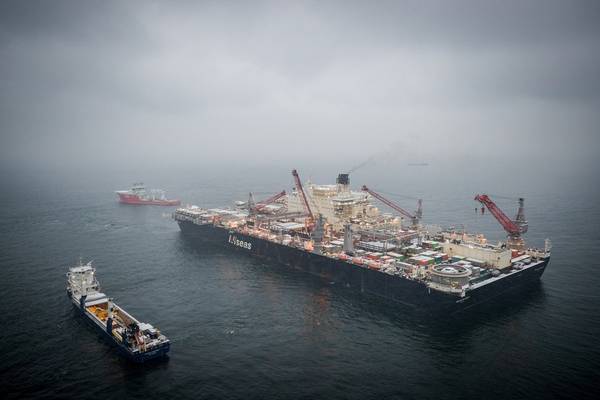 Nord Stream 2 — the Gazprom company building a pipeline from Russia to Germany — said Monday it was too early to tell what effects, if any, proposed new EU rules for offshore pipelines might have on their project or those of others aiming to bring gas to Europe.

Asked if prospective changes to EU pipeline rules meant anything in practice, a Nord Strand spokesperson was non-committal but clear: “(The Friday EU vote) was an agreement for a mandate to negotiate between (the European Council) and the (European) Parliament. There’s no formal text. It’s just a stage, not a final text. So, we are hesitant as we haven’t seen any detail,” the source said.

Apart from Nord Stream, Warsaw’s Baltic Pipe Project is in the planning stage and just received EU financial backing to move gas from Norway down to Poland (and then, possibly, northeast to the Baltic States who have their own gas plans). Three non-EU, Norwegian pipelines already supply the continent.

Piped gas from Russia is, however, key to helping ween 82 million Germans off of nuclear power by 2022. The vast majority of Germans polled in recent years have been consistent about favoring piped Russian gas, as it keeps energy costs down in lieu of nuclear energy, while supporting over a million employees of the chemicals industry and acting as insurance against renewable energy running out of regulatory support and real estate.

While a Nord Stream 1 already supplies the continent, Nord Stream 2 has caused reflexive opposition from countries along the route. The project has, however, cleared regulatory hurdles in Finland, Germany, Russia, Sweden on the strength of a series of national environmental plan and the economic logic of the project.

Denmark, however, has yet to grant a construction and operations permit for the project. Danish state-owned EnergiNet and Polish state-owned Gaz System have just received EUR 235 million in financial backing by the EU for Baltic Pipe, and the Danish and Polish capitals are represented on a European Council now set to negotiate new offshore pipeline rules.

Dueling pipes
“This Directive seeks to address obstacles to the completion of the internal market in natural gas resulting from the non-application of (EU) market rules to gas transmission lines to and from third countries,” a statement of position from the European Council says. It adds that it seeks a consistent legal framework to avoid “distortion of competition in the internal energy market in the Union and negative security of supply impacts”.

Meanwhile, Nord Stream 2 is laying pipeline off Finland and Germany, and it’ll be November before a first trunk line is completed and hooked up to onshore pipelines, assuming Danish environmental approval of an alternate planned route. The German chemical sector and its one million employees — as well as most of south-central Europe — will hold their collective breath in the wait for cheaper gas.

Baltic Pipe — heavily financed by the EU — won’t begin laying pipe segments until 2022. Its gas will move from the Europipe II line in the North Sea down through Denmark and on to Poland and northeastern Europe.