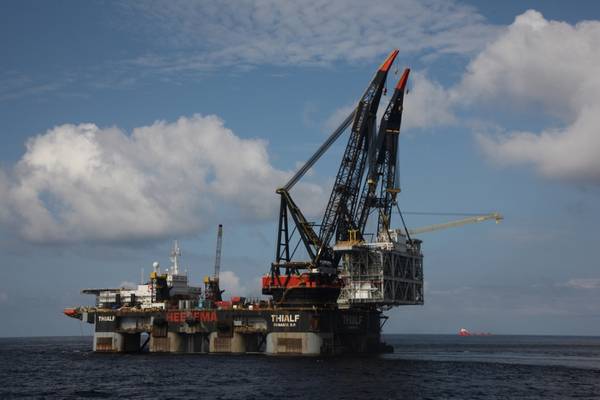 Decommissioning in Southeast Asia and Australia offers a US$100 billion opportunity out to 2040 with a million tonnes of steel to be removed and thousands of wells to be sealed, a business breakfast in Aberdeen was told this morning.

Blair Miller, who works for Scottish Development International (SDI) in Singapore, covering Southeast Asia and Australia, told the Global Opportunities Business Breakfast, on the first day of Subsea Expo, that decommissioning, followed by renewable energy and then conventional oil and gas, are the top three opportunities in the region for the subsea industry.

“It’s the equivalent of the North Sea by expenditure and greater by volume,” he told the event. Some $3.5 billion every year over the next decade is expended to be spent on decommissioning in Southeast Asia and Australia, he said. According to Wood Mackenzie, there’s almost $100 billion of spending expected out to 2040, with hundreds of fields, thousands of wells and a million tonnes of steel and lots of waste to remove, he added.

The prime markets are going to be Malaysia, Thailand and Indonesia, then to a lesser extent Australia and New Zealand,” Miller said. “The reason is, there’s been almost no decommissioning work done to date, despite the size of the market. There’s be a handful done and some as rigs to reefs. [more broadly] It’s a process that has to take place and the local supply chain has no experience in these areas.” Part of the reason for this is the process being held up by legal and liability issues, which are still being ironed out. For those wanting to work in this area, it will mean working with local incumbents, he added.

Another area of opportunity is in renewables. The first offshore wind farm in Australia – the Star of The South – is going ahead and will be 2GW offshore Victoria, run by a company started by Scottish people, Miller said. While there have been issues around permitting, the operators will be looking for expertise around front end engineering and design and installation of wind turbines. “A big challenge is bringing vessels into Australia, so anything you can do to mitigate vessel time will be well received,” Miller said.

Also, within renewables, marine energy is an opportunity. While not at the scale of the large offshore wind farms, there could be many of them across the island nations, Miller said. With experience developed in building marine energy systems at the European Marine Energy Centre (EMEC) in Orkney, Scotland, some firms are already starting to supply systems into Asia. The region will be looking for experience in vessel support, cabling, trenching and Environmental Impact Assessments.

Finally, there are also opportunities in conventional oil and gas, he said, in Indonesia and Australia. The latter is more of a greenfield province where operators are doing far from shore ultra-long subsea tiebacks at record breaking scales and distance, Miller said, with comparable standards and costs to the UK. Meanwhile in Indonesia, the focus is more on brownfield asset management and maintenance work predominantly.