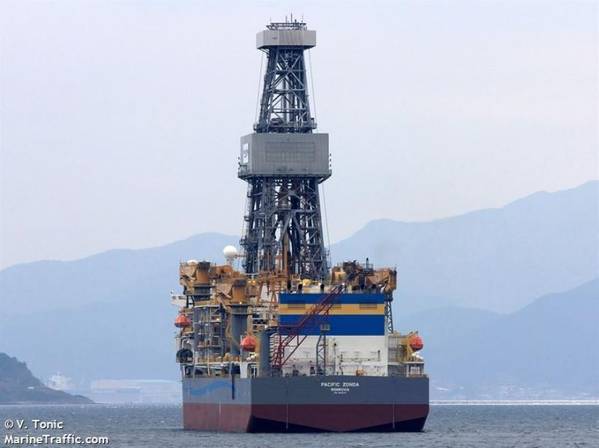 Pacific Drilling had ordered the Pacific Zonda ultra-deepwater drillship from Samsung in 2013, with the expected delivery in early 2015.
The company then in July 2015 decided to delay the rig delivery for the fourth quarter for 2015, only for it to abolish the order in October 2015, citing the failure of Samsung Heavy Industries "to timely deliver a vessel that substantially meets the criteria required for completion of the vessel in accordance with the construction contract and its specifications."

The move then led the shipyard to start an arbitration proceeding, from which it on Wednesday emerged as a winner.

Pacific Drilling confirmed Wednesday that arbitration proceedings between its subsidiaries, Pacific Drilling VIII Limited and Pacific Drilling Services,  and Samsung Heavy Industries related to the contract for the construction and sale of the Pacific Zonda concluded with Samsung winning the case.

"An arbitration tribunal in London, England awarded SHI approximately $320 million with respect to its claims against PDVIII and PDSI. The award does not include approximately $100 million in interest and costs sought by SHI, on which the Tribunal reserved making a decision to a later date," Pacific Drilling said.

Pacific Drilling CEO Bernie Wolford commented, “The company is surprised and disappointed by the Tribunal’s decision. However, this outcome will not impact our commitment and ability to continue to deliver to our customers the highest level of deepwater drilling services in our industry.”

The offshore drilling company said that PDVIII and PDSI (the “Zonda Debtors”) which have approximately $4.5 million in cash and no other material assets will be liquidated once the Tribunal’s award becomes final and unappealable.

"The Company does not expect the Tribunal’s decision to have any material adverse effect on its operations or to cause any default under any of its material contracts including under the indentures for its outstanding notes. As a result of the Tribunal’s decision, the Company expects to recognize a loss of approximately $225 million during the fourth quarter of 2019, primarily related to the elimination of the Zonda receivable on the balance sheet," Pacific Drilling said.

According to Marine Traffic, the rig is still located at the Samsung Heavy Industries yard in Geoje, South Korea. 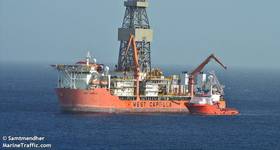 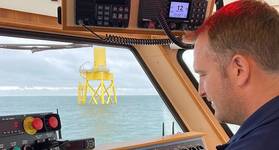