The Future is in the North 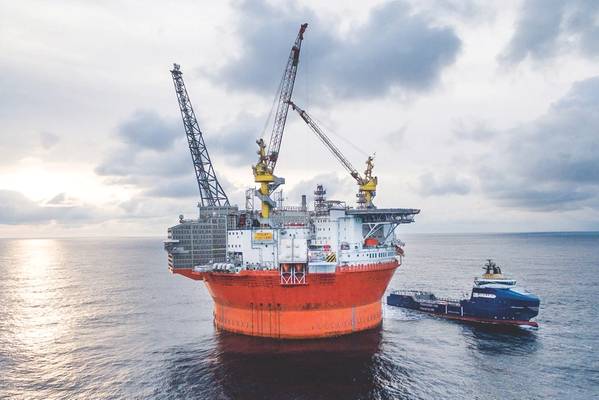 Sea uses
While others are known as rulers of the seas, Norway has been more known as users, locally and worldwide. No wonder, since Norwegian waters are covering an area of close to six times the size of the Norwegian land areas.

There is considerable potential for growth in many sectors of the ocean economy, including the seafood industry, marine biotechnology, seabed mining, maritime transport and trade, coastal and maritime tourism, maritime surveillance and of course energy (including both renewable and non-renewable). Together these sectors make up the ocean or ‘blue’ economy.

Notably, most of the Norwegian waters are in the North. The Arctic is Norway’s most important foreign policy priority. Arctic policy will be considered in the context of ocean policy.

Sea uses have been the dominating source of income for Norwegians in the North. Joining fishing and seafood production – and more recently fish farming – oil and gas production from Norway’s northern waters is of growing importance.

Norway’s maritime knowledge, acquired through hundreds of years as a seafaring nation, and the offshore oil and gas activities, have powered Norway’s position as a world leader within offshore technologies. These technologies, of paramount value for Norway’s future in ocean utilization, may even be more valuable than the remaining oil and gas resources.

Oil and gas
Just before the Norwegian Petroleum Directorate director Bente Nyland is handing over her office to her successor Ingrid Solvberg, she is presenting the report “The Future is in the North”.

In the report she expects that 8.3 billion standard cubic meters (sm3) of hydrocarbons remain to be produced on the Norwegian shelf. And that 5.4 billion of this will be produced in the Barents Sea in the North. One third of the total recoverable resources on the entire Norwegian shelf, which is estimated at 15.6 billion sm3.

Harvesting of resources at sea, hunting and fisheries, as well as other sea traffic in this area have traditions that are hundreds of years long and frighten few in Norway.

In spite of the high north latitude, the Gulf Stream ensures that the Barents Sea has little or no sea ice and less harsh climate than other similarly located Arctic regions in the North, of crucial importance to those operating in the region. 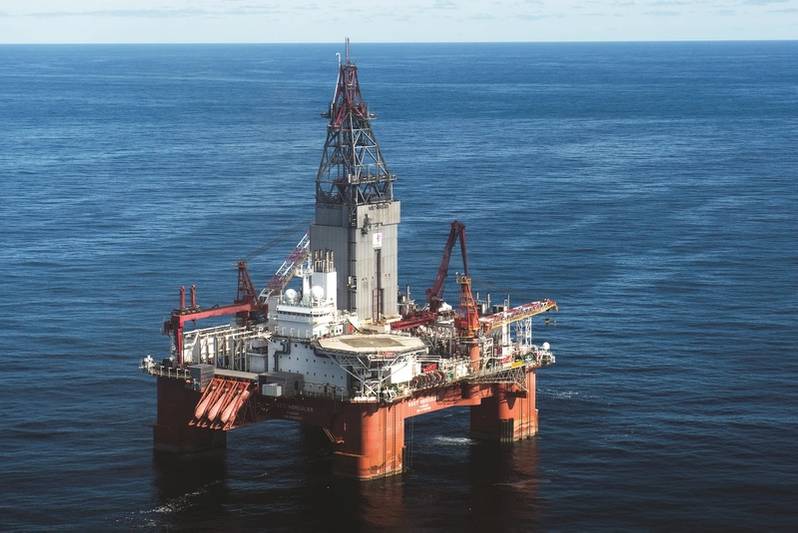 Equinor has successfully developed and operated the Snøhvit gas field and the Hammerfest liquefied natural gas (LNG) plant since 2007. And the Vår Energi Goliat oilfield has likewise been producing for nearly four years. Equinor is now developing the Johan Castberg oil field. In the next few years OMV is expected to decide on the development of its Wisting oil field and Lundin on the Alta/Gohta oil field. Business is flourishing and conducted by the same mix of local, national and international companies as elsewhere in the world where oil and gas is produced. There are opportunities for everybody.

Hammerfest is the energy town of the North. Here the NorSeaGroup operates the Polarbase supply base while ASCO operates the ASCO base. Hammerfest hosts a complete cluster of service providers to the offshore oil and gas industry with competing bidders within all disciplines and all kinds of services. Hammerfest is therefore dominating as far as technical services to the oil industry in the High North are concerned.

With few exceptions Norwegian national service providers prefer to commute their human resources from their Southern headquarters to the North. While British and other international contractors are more known for bringing their technologies with them and recruit, train and employ local labor. That contributes to more local content and is very much appreciated in the region. Examples of such companies are ASCO, Swire and Score.

Hammerfest has established and maintains strong connections with other arctic stakeholders like Scotland, Aberdeen, Canada, St. Johns and Halifax, Russia and China. Cooperation includes energy city competence, technology transfer, transport and logistics, maritime services to vessels and alternative energy sources. A strong force in this cooperation is the Lord Provost of Aberdeen and president of World Energy Cities Partnership – WECP, Barney Crockett. And in Hammerfest, Port Director Per Åge Hansen. 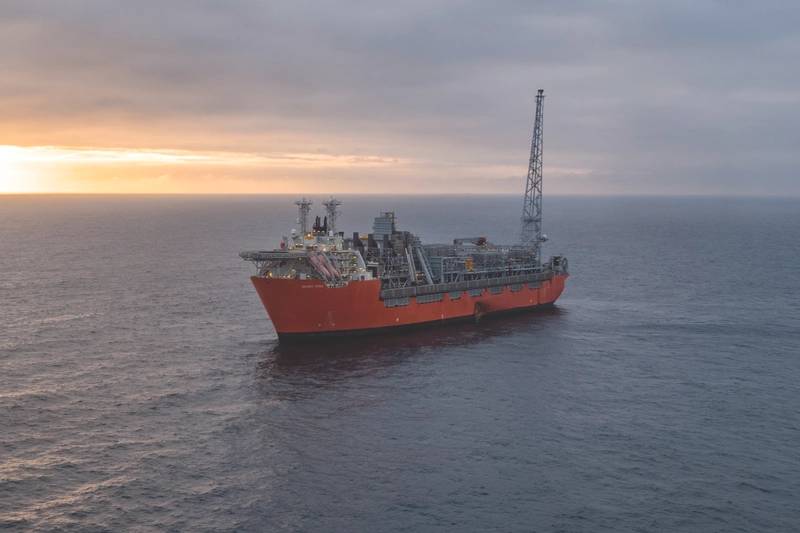 The oil companies and the Norwegian Petroleum Directorate (NPD) are managing their interests in the Barents Sea and the Northern Norwegian Sea from offices in the town of Harstad.

On the Russian side, oil and gas resources are enormous in size. Production is dominated by the Novatek LNG production in Sabetta, Yamal, with an annual production close to 20 million tons of LNG and more to come. Dry gas is also produced at the peninsula and transported by pipeline. Oil from the Timan Pechora region is exported through the Varandey terminal at the Pechora coast. Oil is also produced from the Prirazlomnoje field and Kolguev in the Pechora Sea.

At this time with Western sanctions we see that Chinese capital and contractors have gained a solid position in the Russian petroleum industry.

The Russian activities have from time to time also led to activities on the Norwegian side. In the form of ship-to-ship transfer from ice class tankers to conventional tankers of crude oil, condensate and LNG in Kirkenes and Honningsvåg, North Cape. Vardø Port is serving vessels in the sea route by transfer of crew, technical equipment etc. While Kirkenes is serving Russian fishing vessels and Chinese exploration vessels working on the Russian shelf. Transport and logistics
The Northern aspect also includes two international transport routes. The Northern Sea Route (NSR) is a shipping lane between the Atlantic Ocean and the Pacific Ocean along the Russian coast of Siberia and the Far East.

The distance from Northern Europe to China and vice versa, is approximately 40% shorter than via the Suez Canal or 60% shorter via the Cape of Good Hope.

With accelerating energy and mineral resources in the Northern Region, effective alternative transportation solutions between Europe and the Far East will be of increased importance.

During the favorable ice season, the Arctic region has a transport advantage to the fast growing regions in the Far East. Voyages increase annually and expectations for this alternative sea route are high.

The New Silk Road is another newcomer.

The Narvik Port is today exporting to the world markets some 20 million tons of iron ore annually, transported from Kiruna in Sweden by the Ofoten railway. This volume is expected to increase in the years to come. 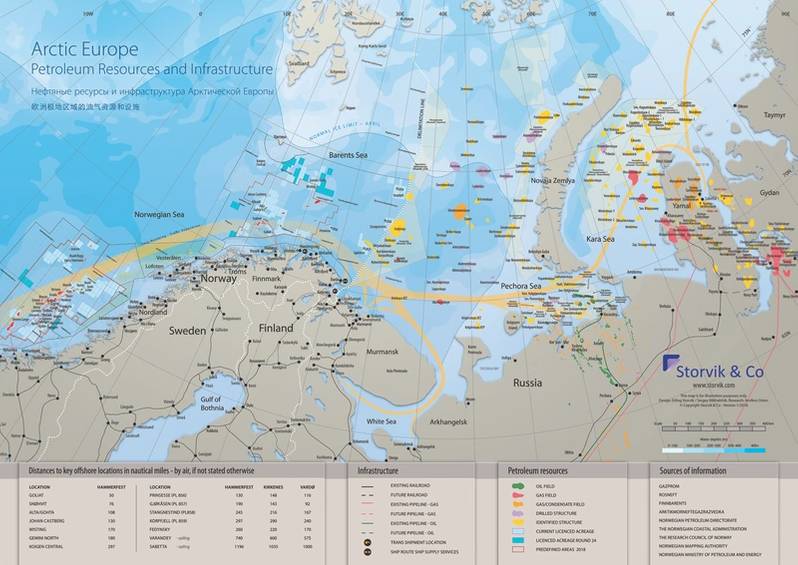 The environment
The world, and in particular the younger generation, is calling for efforts to eliminate climate threats. Few dispute the necessity of this.

Many even require to discontinue oil and gas production. In our mind time has not come for that yet. We have to fight the threats by technology rather than passivity. A stop now would reduce economic growth and our capacity to lift people out of poverty and secure safety, welfare and democracy for the people of the world. Gas is the key to a better environment. In the first phase, gas should replace coal which will reduce pollution by 50%. In the next phase, flexible use of gas should be used to fill the gap between renewable energy sources and the energy demand. Finally, gas produced with carbon catch and storage will be used to produce nonpolluting hydrogen.

Policies and tools to promote economic development and reduce poverty must take ecological limits and climate change into account and ensure an integrated approach to different kinds of activities and environmental pressures. Ensuring sustainable use is a priority for Norway and vital for ocean-based activities in Norway and the world as a whole. Growth in the blue economy may include both steps to improve the environmental performance of existing industries – by deploying new technologies – and the development of new ocean-based industries that have less environmental impact.

As an example of environmental issues in the North, government this summer reported that they are evaluating to establish offshore wind power outside Hammerfest with a view to supply clean energy for the operation of the Hammerfest LNG plant at Melkøya. The Port of Hammerfest is also active in this work by establishing shore-to-ship power supply systems and alternative energy sources for ship propulsion purposes.