Aker BP to Use Deepsea Nordkapp Rig For Alvheim Producer 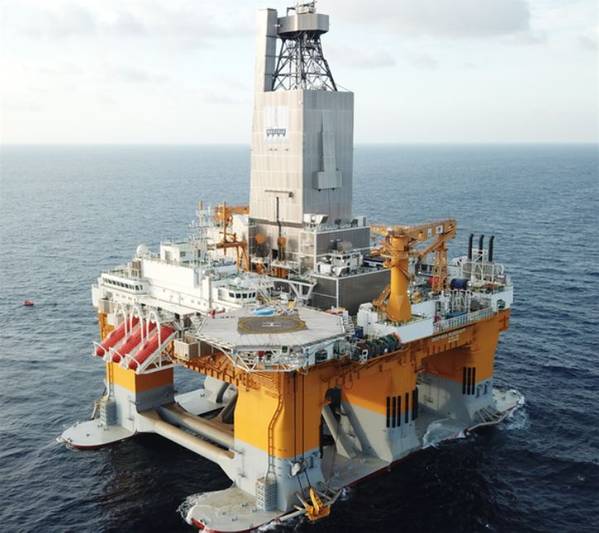 The Norwegian offshore safety regulator PSA Norway has given its consent for Aker BP to use Odfjell Drilling's Deepsea Nordkapp drilling rig to drill at the Alvheim field, off Norway.

The consent covers the use of the Deepsea Nordkapp semi-submersible rig to drill a production well on the Alvheim field, where Aker BP is the operator.

The Alvheim offshore oil field sits in the Norwegian section of the North Sea, in the water depths between is 120–130 meters.

Alvheim was discovered in 1998, and the plan for development and operation (PDO) was approved in 2004. The field has been developed with subsea templates tied to a production ship (FPSO). Production started in 2008.

Aker BP originally signed the rig contract in April 2018, when Odfjell Drilling agreed to buy Deepsea Nordkapp from Samsung Heavy Industry, following the cancellation or rig order by Stena Drilling. The semi-submersible drilling rig was then delivered in 2019.

Under the original contract, the rig was to stay with Aker BP for two years until May 2021, however, Aker BP then in December 2019 exercised its first of two options, securing the rig for itself until May 2022.