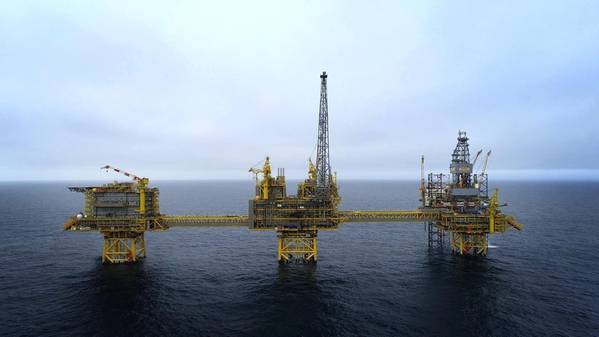 With a plateau production of 100,000 barrels of oil equivalent per day (boe/d), Culzean will account for around 5% of the UK’s gas consumption (Photo: Total)

Total criticized on Thursday the European Investment Bank's decision to stop financing all fossil fuel projects including gas, saying companies that might switch to gas-fired power plants from heavy-polluting coal could now reconsider.

"I think it is a poor decision by the European Investment Bank (EIB) not to finance any new gas project. This decision has been taken on an unfair ground, driven by opinions that are clearly ignoring the benefit of gas compared to coal," Philippe Sauquet, Total's head of gas, power and renewables, told a gas and power conference in Paris.

"Gas has never been so much criticized in Europe," he said.

The EIB said last week that it would stop funding fossil fuel projects at the end of 2021, a landmark decision that potentially deals a blow to billions of dollars of gas projects in the pipeline.

Sauquet said the decision ignored the importance of gas compared with pure electricity in heating, adding that during cold days in France for example, gas helps heat homes using the equivalent of around 10 nuclear reactors in a single day.

Gas enables the increase of intermittent renewables in the power mix, he added.

"It is bad news because in the end this kind of decision will bring more CO2 emissions in Europe," Sauquet said, adding that some companies that were considering the move from coal to gas would now question why they should close their coal power plants and would rather keep those for now.

"This decision would give a bad example to countries that really need to increase their energy production and today do not have the incentives to make the right choice and move from coal," Sauquet said.